Will a robot be doing your job in 20 years?

According to a recent Oxford University study, 35% of UK jobs are at risk of computerisation in the next 20 years. 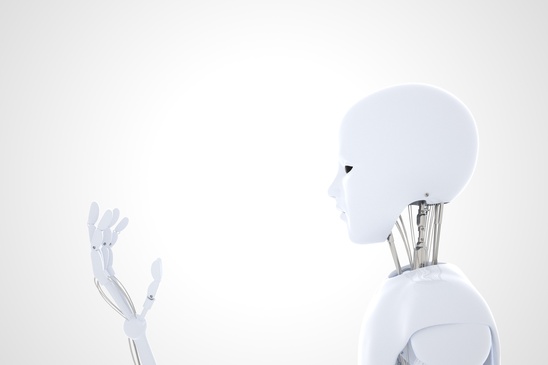 Whether you work in a shop, office or factory, there's a good chance that a machine or high-tech robot could do your job one day. And that day may come sooner than you think. According to a recent Oxford University study, 35% of UK jobs are at risk of computerisation in the next 20 years. Machines won't just do our future jobs better – they'll work without needing a break, salary or sickness pay.

Think that sounds like science fiction? It's already happening. Half of all secretarial roles in the UK have been lost in the past decade, as software is able to perform the same tasks, while machines that can scan thousands of pre-trial documents are already threatening the role of legal assistants.

Having analysed a variety of occupations, Oxford University researchers Carl Frey and Michael Osborne suggest that millions of office roles will become obsolete, with call centre operatives, office administrators, legal secretaries and bank clerks all "highly likely" to be replaced by computers.

If you're a telephone salesperson you might want to consider a career change now - there's a 99% chance that a robot will do your job in the next two decades. Other high-risk occupations include typist (98.5%); legal secretary (97.6%); financial accounts manager (97.6%); weigher, grader, or sorter (also 97.6 %); sales administrator (97%) and book-keeper, payroll manager or wages clerk (also 97%).

Rise of the robots

You don't have to look far to see the rise of automation. Self-service machines in shops, airports and libraries are now commonplace and are set to become more pervasive. Take North Carolina State University. It no longer needs humans – or book shelves – as it has "bookBots" to retrieve its 1.5 million books from 18,000 metal bins.

Amazon uses an army of robots in its warehouses and has invested heavily in drone technology, with the aim of delivering to customers within 30 minutes. Google is driving forward with its unmanned cars and has recently bought eight robotic firms… what for, only time will tell.

James Barrat, author of Our Final Invention: Artificial Intelligence and the End of the Human Era, believes that a human-looking Google robot could be very useful. He told BBC News: 'A high quality personal assistant wouldn't be just a smartphone - it'd have a humanoid body. Why humanoid? So it can drive your car, use your tools, bounce the baby, act as your bodyguard if need be.'

Neil Jacobstein, head of Artificial Intelligence at Singularity University, points out that AI's are already embedded in the fabric of our everyday lives. Used in medicine, law, design and throughout automotive industry, the algorithms that make decisions behind the scenes are getting smarter all the time. Like many other experts, Mr Jacobstein expects artificial intelligence to overtake human intelligence within the next couple of decades.

Robots are already running things in some factories. Changying Precision Technology Company in China, which makes parts for cell phones, recently opened a fully-automated factory. Every process is operated by computer-controlled robot arms, while unmanned transport trucks and automated warehouse equipment shift stock. Not so long ago, the company employed 650 people. Now there are just 60 people, which will eventually reduce to 20. A few humans are required to monitor production lines and keep an eye on things, watching operations on-screen from a control room.

You can't argue with the figures. Since the robots came, production capacity at the factory has increased from 8,000 pieces per person per month to 21,000 pieces, while the defect rate has dropped by 20%. The company is not alone. More than 500 factories in Dongguan city have invested £430m in automation since September 2014. As a result some 30,000 jobs are expected to go.

Several countries, notably the United Arab Emirates and Japan, have automated train systems - and one day, driverless cars will transform our roads. Driverless pods have already been trialled on the streets of Milton Keynes, while self-driving cars have racked up over a million miles on US roads. When automated vehicles become a reality, bus, truck, taxi and delivery drivers will be out of work.

Worried about the long-term potential of your career? Choose an occupation that calls for profoundly human skills, such as creativity and problem solving, or that requires empathy and caring, or a high level of social intelligence or negotiation skills.

Nurses, social workers, psychologists, teachers and therapists are highly unlikely to be replaced by robots, as human interaction and empathy is a crucial part of the job. Creative or problem solving roles, such as designer, artist or engineer are relatively safe, as are managerial positions that require high-level negotiation skills. Even though telemarketers and bank clerks interact with the public, they don't necessarily require advanced social intelligence and so are easily replaced by machines, say the study authors.

Jobs will be created in computing, engineering and science as people are needed to develop and service the technologies taking over from humans – but get them while you can. Who knows what kind of programming skills artificial intelligence will be capable of in 20 years' time.

Until then, if you feel like a mindless robot at your job, chances are you'll soon be replaced by one.

Lost productivity due to workplace stress and depression has risen in the past two decades and is estimated to cost the UK economy more than £12 billion a year, according to the Chartered Institute of Personnel and Development (CIPD). "Stress," says the CIPD, "arises when [employees] worry that they cannot cope" — affecting more than half a million of us every year.Britons have the longest working hours in Europe and about 60 per cent of all visits to the doctor in the UK are stress related (whilst 90 per cent of work absenses are stress-related in the US, according to the Center for Disease Control and Prevention). "Stress in the workplace is a serious problem. Employees are more autocratically managed [in the UK] and as a result are intrinsically more insecure," says stress expert Professor Cary Cooper of Lancaster University School of Management.Indeed, Cooper concedes that some jobs, such as working on a City trading floor, are intrinsically stressful, but individuals going into...

Imagine someone walking up to you at the top of every hour and handing you a £20 bill. You'd be earning almost the double amount of money that the average British worker does. According to the 2009 Annual Survey of Hours and Earnings (ASHE), the national mean for hourly wages is £12.23. That said, wouldn't it be nice to earn more than the average? Not that a £12.23/hour gig is anything to sneeze at, but a bigger paycheque is never a bad thing. At least it's fun to daydream about having more money in your bank account. And maybe you are already moving in the right direction to get there.We've put together a list of jobs that pay £20, to give you an idea of how some people are earning their nice paycheques. Indulge your curious side and take a look at these 10 jobs that pay between £20 and £25 per hour* (job information from the job profiles on the government's careers advice page) Investment analysts ... provide information and reports to help stock market traders, stockbrokers and f...

Want your old job back? Here’s how to do it

You gave it your best shot but the new job isn't working out. Why bother scouring the jobs boards, when you could simply ask for your old position back? It may be tempting, but firing off an email to your old boss after a bad day is the last thing you should do.Before you even think about contacting your former employer, here's what you need to consider.Know your motivesAs much as you don't like your new job, there are reasons why you chose to leave your old one. 'Once you're removed from a situation it's easy to look back through rose-tinted glasses and start to think your previous role wasn't as bad as you thought,' warns David Shindler, performance coach and author of Learning To Leap.'Do you want to go back because you're uncomfortable with change? If so, that's not a good reason. 'Don't have regrets. Regret is an unhealthy state of mind that prevents you from living in the present. When you make a decision, there are always consequences, new opportunities and realities. Rather ...