Not only did advertised pay for tech roles increase by 13% over the last three years, IT workers took home the second-highest pay rises (behind construction) of all sectors in 2015. 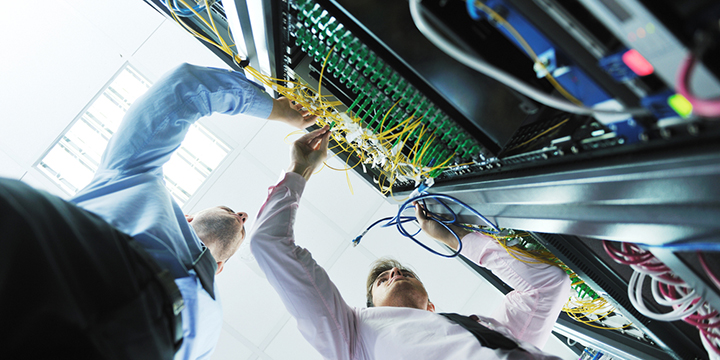 Britain's continuing IT success story is good news for digital tech employees, who are now being offered some of the highest wages in the country.

According to the Tech Nation 2016 report, the average advertised salary in digital roles is now just under £50,000 - 36% higher than the national average - while IT workers in London can expect to take home around £60,000.

Not only did advertised pay for tech roles increase by 13% over the last three years, IT workers took home the second-highest pay rises (behind construction) of all sectors in 2015 - with some roles seeing double-digit growth in Hays' UK Salary & Recruiting Trends 2016.

It's not just salaries that are increasing. The number of positions in the digital tech economy increased almost three times faster than the rest of the country between 2011 and 2014, and the sector now accounts for 1.56 million jobs across Britain.

As digital technologies impact on everything businesses do, digital skills are in high demand outside of the IT sector – some 41% of digital tech economy jobs exist in what are thought of as traditionally non-digital industries, such as the public sector and financial services.

While London leads the way in terms of digital turnover (£62.4bn in 2014), regional tech clusters are growing fast and becoming important engines of economic growth. Two thirds of technology businesses and 80% of digital tech jobs are now based outside of the capital.


When it comes to top-level salaries, London still leads the way.

Cem Baris, Director, Technology, at recruitment firm Morgan McKinley , says: Roles in development, big data, and cyber security are attracting some of the highest salaries in the city. We're seeing data professionals with niche skills working at big organisations earning salaries as high as £95,000 and daily rates of £750 per day on a contract basis.'

Morgan McKinley has seen the number of technology jobs in London increase by around 30% between 2010 and 2015.

'We have also seen financial services companies throw money into FinTech solutions, such as payment systems, and in many instances, mid-sized Fintech companies doubling their developer headcount in 2015 to keep pace with their clients' interest.'

Despite higher-than-average wage increases last year, three in five (63%) of IT employees expect to leave their current job in the next 12 months, with better pay cited as the main reason, followed by a lack of career progression.

As power in the jobs market shifts away from employers and towards candidates (who have an increasing number of interesting and well-paid IT contracting gigs to tempt them), this is bad news for organisations already struggling to find and retain top talent.

One-in-three IT employers already don't have the talent they need to achieve their business objectives, according to Hays' research. And while 76% of IT employers intend to recruit more staff, 83% are doubtful whether they will find a suitable number of applicants during the hiring process.

Employers are under increasing pressure to do more to attract and retain the best talent – and those who are don't offer better pay or benefits are in danger of being left behind.

'Organisations are in a war to secure talent,' explains Charlotte Bridgeman, head of UK recruitment for global tech consultancy ThoughtWorks.

'Candidates are now looking beyond salary. It is about securing the right opportunity. Elements such as flexible working, training budgets, access to technical labs and sabbaticals are becoming increasingly important factors when a candidate is considering whether or not to accept an offer of employment.

'Organisations need to think about what else they can offer candidates above salary to ensure both a work-life balance and professional development in their skill set.'

As for London, SMEs are having less trouble finding candidates than some of the big multinationals, 'not so much because of salaries but because they offer stock options and non-financial benefits such as flexible working hours and a highly dynamic atmosphere,' says Cem.

Though salaries are increasing across the board, other benefits such as the ability to take on more responsibility and innovate can count for far more.

'Developers, in particular, are likely to take a job with a tech firm that has a positive buzz in preference to a more hierarchical and less innovative company, even if the latter is offering a significantly higher basic income,' notes Cem.