Having come through the recession, the industry is now enjoying a boom with both the number of jobs and wages on the rise. 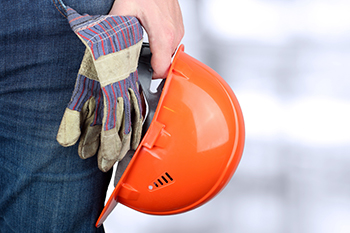 If you work in construction, things are looking up. Having come through the recession, the industry is now enjoying a boom with both the number of jobs and wages on the rise. According to Hays' recent research into the salaries of contractors in construction, pay for contractors increased by an average of 5% for some professionals over the last year – more than double the 2.3% average increase across other industry sectors.

Other surveys tell a similar story. In January this year, the Royal Institution of Chartered Surveyors (RICS) reported a 6% rise in construction workers' salaries over the previous year, three times the average wage rise for UK workers. Others put the figures even higher. Construction jobs advertised on CV-Library saw a 10.2% salary increase in 2015, nearly double that of retail workers and four times that of those in hospitality and manufacturing.

Earlier this year, David Thomas, chief executive of Barratt Developments, described the skills shortage as the number-one challenge for housebuilders. According to Thomas, the UK's biggest housebuilder is employing about 16,000 subcontractors at any given time.

Director at Hays Construction, Duncan Bullimore, explains how the shortage came about. He says: 'The sector lost skilled workers during the downturn and has not been attracting new trainees and recruits in the numbers needed since.

'With the government pledging a massive house-building drive and investment in infrastructure, the skills shortage is likely to get worse, and finding professionals with strong technical expertise increasingly difficult.'

According to the RICS, quantity surveyors and bricklayers are in particularly short supply, with 60% of survey respondents having difficulty finding them for projects.

Senior quantity surveyors earn a national average of £50,042 having enjoyed a 5% pay rise on last year according to Hays – and their wages are likely to climb even higher. Meanwhile, some bricklayers are believed to be commanding more than £200 a day.

Unsurprisingly, construction professionals in London have seen the biggest wage hikes. A senior site manager in the capital can now expect to earn £60,000 – 36% more than 12 months ago, while a London-based health and safety director can earn £90,000, one of the best salaries in the industry.

The majority of employers who plan to hire new construction staff this year expect a shortage of suitable candidates, and firms are having to look at different ways to attract and retain staff. For big-name companies, that includes boosting employee benefits. According to the Hays survey, 72% of contractors now offer a company car or allowance, 45% give more than 25 days holiday a year, and 37% allow flexible working.

'The continuing skills shortage is forcing contractors to re-think their recruitment strategies,' says Duncan. 'For some companies, that means hiring people based on core competencies and then developing their skills.'

Duncan doesn't expect the boom to cool any time soon. He says: 'Employers are facing fierce competition for staff, and 80% expect to encounter a shortage of experienced applicants when recruiting this year. More than two thirds (67%) of employers expect to increase pay in the year ahead.'

With output in the UK construction sector predicted to grow 3.6% during 2016 and 4.3% in 2017 (a 22.8% increase on the post-recession low of 2011), opportunities for employees look good. It's hoped that increased wages will encourage skilled workers to return to the sector, as well as attracting school leavers and graduates to construction-industry careers. In the meantime, continuing growth, particularly in private housing and commercial property projects, m
© 2016 CareerBuilder, UK 2016. Original publish date: 05.31.2016