The gender gap: How does the UK shape up? 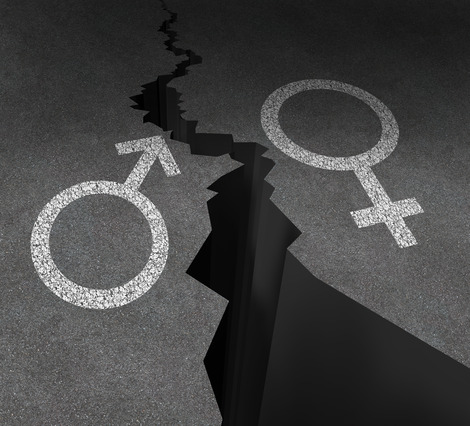 Although on the surface it may look as though great strides have been made towards gender equality in the UK, even a cursory glance at the actual figures reveals that there is still a great deal to be done.

Professional services firm PwC recently published its most recent Women in Work Index, which scores countries in Europe and around the world using various factors such as the number of women in work versus women who are unemployed, the type of work women do, and the gender pay gap.

The UK is currently in 14th place, up from 19th in 2011. The improvement over the past few years has been attributed to strengthened economic recovery, which has resulted in an increase in female labour force participation and a reduction in female unemployment.

However, these improvements are only relative. The UK only appears to be doing well because performance in previous years has been even lower. At present, the UK's position is back to where it was in 2000, suggesting surprisingly little progress on gender equality has actually been made in the past 15 years. Despite having the sixth largest economy in the world, the UK is consistently outdone by Germany, Canada, New Zealand, and in particular the Scandinavian countries.

So where is the UK falling down? One of the main areas is in the category of full-time versus part-time employment – while an increasing number of women are in employment, a much smaller proportion are actually employed full-time compared to men. Flexible and part-time workers generally have to work harder to get ahead, and often don't progress as quickly, in turn affecting pay.

These problems begin early on – with fewer girls encouraged to pursue careers in fields such as science, technology and politics in school than boys – and continue to graduate level, where women are 9% less likely to gain a graduate level job than men, and will earn on average £4,000 less. In

Scandinavian countries such as Sweden, Norway and Iceland, however, equality is instilled at all levels of education, and is addressed continuously to prepare students for the working world.

Within industry, there is also more effort to ensure gender equality. A stricter discrimination act in Sweden obliges employers to take action against harassment, and a harder line is taken on wage gaps, resulting in a disparity of just 6%. In the UK, however, 9.4% is considered a record low.

In Norway, publicly-listed companies are required to have at least 40% of each gender on their boards and, along with Denmark and Sweden, have had voluntary gender quotas for political parties since the 1970s, resulting in high numbers of female representatives. Both policies have gone a long way to promoting female leadership and reversing inequality, but are largely met with resistance in the UK.

However, changes are coming to the UK, albeit slowly. The introduction of shared parental leave aims to tackle the imbalance that assumes female employees will leave work for a long period following a pregnancy, but whether cultural changes will match legislative ones remains to be seen. Once again, the UK also lags behind leading Scandinavian countries – in Sweden, for example, parents can share 480 days of parental leave, 115 more than parents in the UK.

At 14th place, with a score just above the OECD average despite being well below just two years previously, it could be argued that the UK is on the right track to gender equality. But when tried and tested methods used in Scandinavian countries are readily resisted here, there is clearly a long way to go.