Six ways being too nice at work can hold you back

While being liked can open doors, being "too nice" can actually hold you back. Here are six ways your niceness may be sabotaging your career. 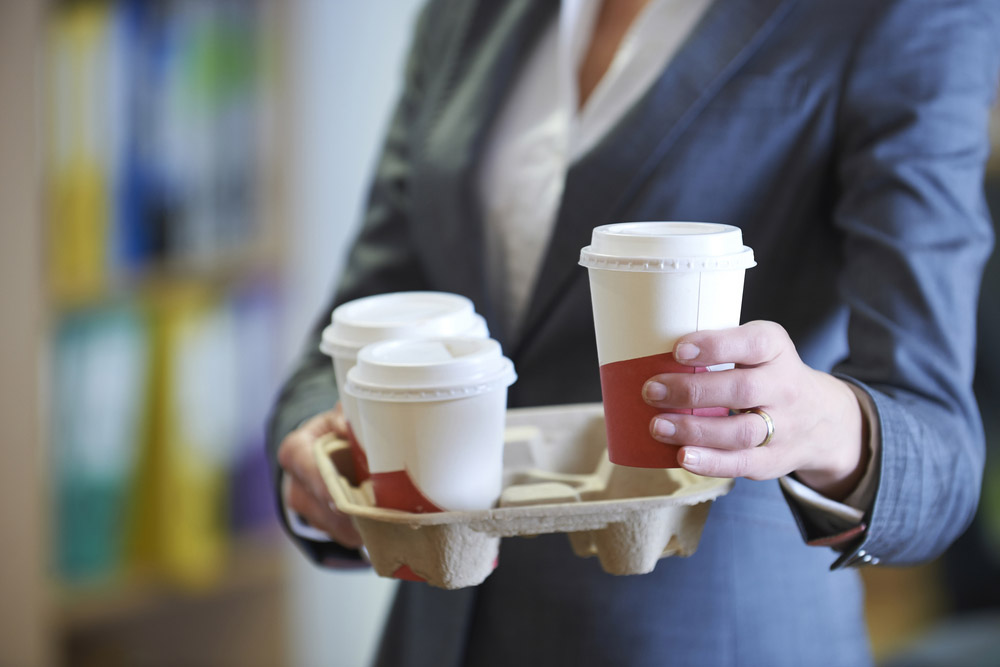 The ability to get on well with others is an important soft skill valued by employers. But while being liked can open doors, being "too nice" can actually hold you back. Here are six ways your niceness may be sabotaging your career.

Being co-operative and working hard is a good way to become a valued part of the team, but there's a difference between fitting in and blending in.

'When you fit into your work team you play your noticeable part. When you blend in, your contribution is as good as invisible - and that means your efforts are not being noticed,' warns Sam Waterfall, career coach and founder of Obvious Candidate.

'The workplace is a competitive world: you are competing for the chance to be promoted and earn more responsibility and money. If you want to gain more you have to contribute more, but importantly you have to make sure your contributions are seen and valued.

'If you give everyone else your share of the credit then you're slowing down your progress. Don't brag - but when you've made a sale, hit a target, or achieved a goal, make sure that the right people know you're responsible for the progress.

'If your achievements aren't noticed, you risk being overlooked at pay rise and promotion time. Remember, it's up to you to actively manage the PR of your own successes.'

2. People take advantage of you

You want to be seen as helpful, particularly if you're in a junior role, but saying yes to too many colleague requests can mean you're asked to do everything for everyone.

Sam says: 'If you always agree to help out, it's not just your workload that will suffer - it's your reputation. Colleagues will begin to see you as someone to lean on for help rather than someone with real potential. Being assertive and saying no will actually gain you respect.'

3. You shy away from managing poor performer

If you're in a managerial or team leader role you will be expected to manage your team's performance. Few people enjoy giving others negative feedback, but it's a necessary part of the job.

'If you're too nice and end up fudging your message to someone who isn't performing you are actually doing them a disservice,' warns Sarah Archer, career coach and co-founder of CareerTree.

'Employees need to understand what is expected of them and where they may not be performing. If you are scared of hurting their feelings when having a difficult conversation, they're likely to leave that discussion worse off - and so will you.

'Being assertive, in a compassionate and supportive way, when communicating someone's poor performance helps them to understand your expectations and what they need to do differently. If senior management see you as "too nice" to deal with your team effectively, don't be surprised if you find your career plateauing.'

4. You undermine your achievements

Do you ever put yourself down to make others feel better about themselves? Perhaps you're always saying that your colleague is better at a task than you, or highlighting your weaknesses rather than your strengths.

'This is a very unhelpful trait,' says Sarah. 'While no one likes a "big head", you need to project a positive self-image to instil confidence in those you're working with.

'If you constantly put yourself down, there's a danger you will start to believe what you say and it will become a self-fulfilling prophecy. Instead, frame your abilities within the team. By focussing on your collective strengths you can make others feel good about themselves –while still valuing your own contributions.'

There's a place for good manners in business, but being polite should never stop you from contributing – even if you're faced with a more forthright personality type.

Sam says: 'Sometimes you need to speak up and be heard. If you have a great idea or a better or faster way of achieving a goal or target, but you allow yourself to hold back and let others' voice their inferior plans, you are doing everyone a disservice.

'It's doubtful you were hired to keep quiet and just blend in. You need to honour the talent that your hiring manager spotted and speak up. If you "act nice" and hold back, you could be holding the entire organisation back too.'

6. You avoid confrontation and allow problems to linger

You might hate confrontation at work, but avoiding the issue rarely helps.

'Few people enjoy a fight at work but sometimes it's helpful and healthy to speak up about traits, behaviours and habits which are causing problems or rifts within the workplace,' says Sam. It may be easier to "act nice" and say nothing, but that can often lead to simmering resentments, which eventually come to the boil.

'Workplace bullies or pushy types can be managed when others stand their ground. Think carefully about what you want to say and make your point firmly without raising your voice.'
© 2016 CareerBuilder, UK 2016. Original publish date: 12.21.2016

Can't quit your job just yet for the sake of your CV? Or maybe you've been at the same company for years and know that moving on would mean a big drop in salary. People get trapped in jobs for all kinds of reasons. If you want to quit but can't (or at least not yet), here are six ways to stay motivated and make the best of things.1. Build on the positive You might not be able to change your job or circumstances, but you can change your mind-set. Rather than focusing on the negative, identify aspects of the role that you do enjoy. 'You're likely to be good at the parts of your job that you enjoy – and doing more of it will boost your confidence and help you to stay positive,' says Sarah Archer, career coach and co-founder of CareerTree.'Talk to your boss (unless they are the reason you hate your job), and see if there is any opportunity for you to get involved in different projects and take on more or less responsibility depending on what is making you unhappy. Most managers want to ...