If you're looking for jobs in Swindon, read on to discover some of the biggest employers and strongest sectors in our latest city guide. 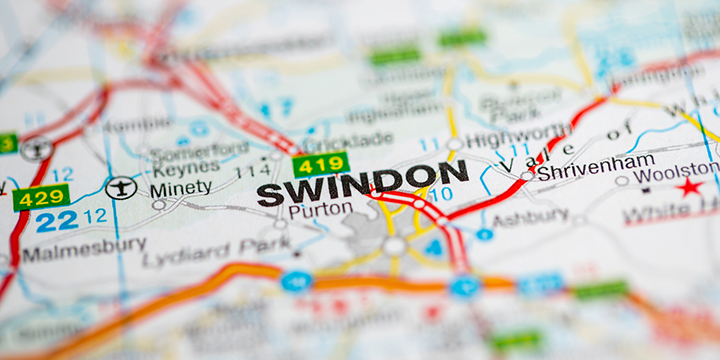 Swindon may be small compared to cities like Leeds and Birmingham, but it punches well above its weight in economic terms.

Considered one of the UK's most successful cities, Swindon has earnt a place among The Centre for Cities "Fast Growth Cities" group (alongside Cambridge, Oxford, Milton Keynes and Norwich) thanks to an enviable productivity rate and high number of knowledge-based jobs. Some 18% of Swindon's employees work in these roles, which tend to be highly skilled and well paid - around the same proportion (19%) of people that work in the public sector.

If you're looking for jobs in Swindon, read on to discover some of the biggest employers and strongest sectors in our latest city guide.

A good indicator of a city's economic strength is the number of new businesses opening and closing in a region - and the rate of business start-ups in Swindon has increased by twice the national average during the past 10 years. Despite its relatively small size, the town ranked fourth in the country for the number of companies registered between 2004 and 2013.

The strength of Swindon's private sector can also be seen in its lower-than-usual dependency on the public sector for jobs growth - around 10% less than the UK average.

It's not just UK businesses that are thriving. Swindon is one of the country's most attractive sites for foreign investment (more than 7% of firms are from outside the UK) and the town is home to double the proportion of businesses employing more than 250 people compared to the country as a whole. A fact which isn't so surprising when you consider just how many major organisations have their headquarters here.

Swindon has a diverse economy, with business start-ups ranging from manufacturing, construction and transport and logistics, to professionals services, tourism and retail.

The Wiltshire town has a strong engineering heritage and a healthy 11% employment in manufacturing. Despite suffering loses in recent years – when Honda UK cut 800 jobs – advanced engineering, including manufacturing, has been identified by the Local Enterprise Partnership (LEP) as a priority sector, both in terms of its current contribution to the local economy and its potential for growth.

The LEP has also predicted significant growth in professional services - 12,000 new jobs are expected to be created in the sector by 2020, accounting for 40% of the total net increase. This category comprises a broad range of employers, from estate agents, law firms and accountants to architects, engineering consultants and advertising companies.

The other main sector tipped for jobs growth is accommodation and food, two leading areas of the tourism sector, with construction and real estate also expected to perform well.

Swindon, like many other UK towns and cities, faces challenges caused by its own success. The town's population has grown massively in the last decade – becoming the fourth fasting-growing area in the UK – and the relatively affordable housing stock that once attracted people to the region is now drying up, resulting in higher house prices. It's not just houses in short supply – the town also suffers from a shortage of office and industrial space.

Swindon also lacks a higher education institute, being the largest town in the country not to have a university in a 30-mile radius. Only 28% of teens from the town are in higher education currently, compared to the 34% national average, and only 29.3% of Swindon's working-age residents have a degree or above, compared to 38% for the UK as a whole.

To attract the workers they need, employers draw on a wide labour pool from Bristol, Bath, Cheltenham, Reading, Gloucester and Didcot – all within an hour's drive or train ride. More than 14,000 people commute into Swindon for work, travelling 28 miles on average.

Although Swindon is well placed to enjoy good road and rail links, congestion (particularly around junctions 16 and 17 of the M4) is a particular problem for both commuters and businesses, while rail freight capacity also an issue for the city's automotive industry.

Despite these challenges, economic predictions for the town are positive. With the proportion of jobs demanding higher level qualifications expected to rise, more people from the surrounding regions are likely to commute into Swindon for work in the future.