If you’re starting your job search in Southampton, here are some of the key industries and job opportunities available 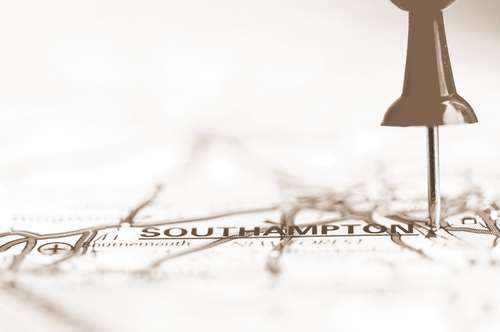 Southampton is one of the best-performing cities for economic growth in the UK, ranking in sixth place (of 39) on PwC's Good Growth for Cities index 2015. If you're starting your job search in Southampton, here are some of the key industries and job opportunities available.

Famous for its thriving port and recognised as the cultural, retail and business capital of the south of England, Southampton's economic success is driven by a range of industries, including aerospace, defence, advanced manufacturing and transport and logistics.

Ann Swain, Chief Executive of The Association of professional Staffing Companies (APSCo) says: 'Our members in the Southampton area – firms such as Advanced Resource Managers and Matchtech - are telling us that there are a number of key sectors enjoying continued growth and consequently demand for professional skills in the region continues to be high.

'One of the most in-demand skill sets in the city is engineering, with both the marine and aerospace and defence industries key sectors in Southampton.

'The already large marine industry, worth an estimated £3.6 billion to the local economy, has experienced substantial growth, fuelling additional demand for logistics professionals, with the council having identified a number of marine sites to support the sector.'

Environmental technology and renewable energy companies are also calling for technology professionals as well as electronic and environmental engineers.

And it's not just engineers who are in hot demand. Southampton is also home to a large number of professional and financial services firms.

'Most of the top 20 accountancy firms are represented as well as a number of large banking groups, meaning that there are plenty of opportunities for those with banking, accountancy and consultancy skills,' adds Ann.

Major employers in the city

The Port of Southampton is one of the biggest employers in the city, employing 15,000 people, both directly and indirectly. Regarded as the cruise capital of northern Europe, Southampton is home to the UK fleets of P&O Cruises, Cunard Line and Carnival, the largest Cruise operator in the world, which employs more than a 1,100 people at its Carnival House offices. Southampton is also the largest vehicle-handling port and second-largest container terminal in the UK, dealing with almost half of Britain's trade with the Far East.

Job opportunities in the wider area

For those who are willing to commute from Southampton, there are many more opportunities available. Portsmouth, 19 miles away, and its surrounds are home to many leading companies, including IBM, technical recruitment agency Advanced Resource Managers, filter manufacturer Pall Europe, BAE Systems and EADS Astrium, a global leader in aerospace and defence.

Fareham (12 miles away) is home to more big-name employers, including business and financial services firm Matchtech, the UK headquarters of Zurich Financial Services and National Air Traffic Services Ltd. The new enterprise zone at Daedalus, near Fareham, (to be built on the former Royal Navy site) is expected to create 3,500 jobs by 2026, mostly in the marine, aerospace and aviation sectors by 2026.

Nearby Eastleigh (five miles north of the city), is home to the head offices of B&Q. Other major employers include AGEAS Insurance, Norwich Union Healthcare, EMCOR Engineering Ltd, NDS UK, and Draper Tools. Eastleigh is also home to Southampton International Airport, which employs around 1,200 people, but has plans to increase passenger numbers to 6 million by 2030, generating 4,000 jobs in the process.

It's not just the airport which has ambitious plans to expand. The Southampton City Centre Master Plan is expected to generate more than 24,000 new jobs, 5,000 new homes and bring £3 billion of investment into the city by 2030.

'There are a number of city centre development projects underway such as the Royal Pier Project and the redevelopment of the station quarter, and roles in construction are in plentiful supply in the city,' says Ann.

The £70 million WestQuay Watermark is expected to open late 2016, delivering the city a new landmark 10-screen cinema, up to 20 restaurants and a public plaza, supported by the Government's Regional Growth Fund. More than 2,500 jobs, across the construction, hospitality and operations sectors, will be created by the development of the scheme.

If you're an IT professional looking for your next role, Hampshire offers many opportunities. Garmin, maker of GPS systems, has its European head office in Southampton, employing 300 people. The city is also home to NICE CTI Systems UK Ltd, a worldwide leader of multimedia digital recording solutions, which has a staff of around 200.

World-leading company IBM has its UK head office in Portsmouth and offices throughout the county, while Havant is home to Seagate (formerly Xyratex Technology Ltd) a leading provider of data storage technology. Basingstoke is home to phone giant Motorola and Sony broadcast and communications, along with PC and video games retailer, the Game Group plc.

'In terms of future demand, the need for digital skills are likely to increase, particularly as the town is planning a new digital hub drawing on the expertise of leading computer science professors at the University of Southampton,' says Ann.

Whether you're looking for UK jobs in engineering and technology, financial services, retail, logistics or construction, employment prospects in Southampton look good.

Interested in working in Bristol? Find Jobs on CareerBuilder.co.uk!