If you’re interested in starting your job search in Milton Keynes, read on for city series guide to the town 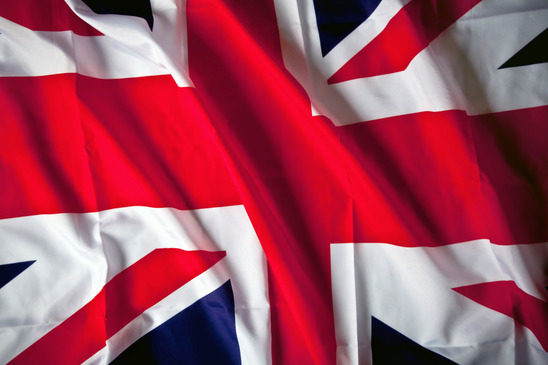 Milton Keynes is growing faster than any other place in Britain. Over the past decade, the town has experienced massive population growth (16.5%) - more than double the national average - while the number of job opportunities has grown by 18.2%, faster than any other UK city. If you're interested in starting your job search in Milton Keynes, read on for city series guide to the town.

An impressive number of firms have their UK headquarters in Milton Keynes, including Mercedes-Benz, Suzuki, Volkswagen Finance, Home Retail Group, Domino's Pizza, Red Bull Racing, and Konecta - while many more have a strong presence in the town, including John Lewis, Santander, Coca-Cola, Siemens, T-Mobile, Yamaha, the Open University and Network Rail.

Low start-up costs, a booming property market and good transport links to London and Birmingham have made the town a desirable location for businesses and investors. Today, Milton Keynes is home to more than 780 foreign-owned companies, while the town boasts the second-highest business start-up rate in the UK (second to London), between 2004 and 2013.

The business, professional and financial services sector in Milton Keynes employs just over 35,000 people, representing almost a quarter (24.3%) of all employees. According to the latest Professional Recruitment Trends Report from the Association of Professional Staffing Companies (APSCo), demand for professional talent in the South East increased by 6% in the 12 months to August 2015.

'Milton Keynes is a leading contributor to this regional growth, and we've seen the number of professional jobs in the town increase significantly in recent months,' says Rina Durban, Membership Relations Manager for the south east at APSCo.

'Demand for professionals will continue to increase in line with the demands of a growing economy. The fact that many organisations, most notably Network Rail, are choosing to relocate to the area from London has further strengthened the local jobs market.'

Avtar Singh, director of operations at multi-sector Venn Group, said in a statement: 'At the moment, we've noted that professionals with experience of working in administrative or communications roles in the sector are able to walk into jobs, and this demand can be expected to continue.'

Milton Keynes' reputation for cutting-edge innovation is well deserved. Last year, the town established Britain's first ever city-wide 'Internet of Things' when BT and technology company Neul rolled out a number of base stations and sensors, including intelligent monitoring of parking spaces and networked bins that signal when they need collecting. Milton Keynes is also where the first self-drive cars will be trialled on UK roads.

'The number of tech roles in the area has increased by 12% year-on-year, which is perhaps unsurprising when you consider that Milton Keynes is a national hub for the business services sector, with Deloitte, Mazars and Konecta all based in the town,' says Rina.

Thanks to support from local networks such as the Biztech Technology Forum, a peer-to-peer group of IT leaders and professionals, and Tech Hub supported by Invest MK, the town is establishing itself as a hotbed for tech start-ups with an aim to rival London's Silicon Roundabout.

As a new town developed in the 1960s, Milton Keynes doesn't have a strong manufacturing history like many others in the Midlands and the north – but that hasn't stopped it from becoming an advanced manufacturing powerhouse.

Situated at the centre point between London, Birmingham, Oxford and Cambridge, Milton Keynes is also a leading logistics hub. Distribution companies based here can reach more than 45 million consumers within a 4.5-hour HGV drive.

Some of the biggest employers include John Lewis, which has three national distribution centres in Magna Park (the town's massive sustainable logistics development), River Island, Coca Cola and Amazon, which employs more than 1,000 people at its 550,000 sq ft fulfilment centre.

Unsurprisingly, the construction industry in Milton Keynes is thriving. As companies re-locate and invest in the area, more business space is needed, along with homes to house its growing workforce.

'Housebuilding in Milton Keynes has largely kept pace with the city's growing population, meaning that its average house prices are lower than many of its neighbours in the south-east of England, despite its ongoing economic success,' says Rina.

'Job opportunities in the construction sector have climbed 14% in the past 12 months, with management-level professionals particularly sought after. As the demand for new homes and commercial premises continues to outstrip supply, this trend shows no sign of abating.'

Interested in working in Milton Keynes? Find jobs in CareerBuilder.co.uk!