If you're looking for jobs in Exeter, read on to discover some of the opportunities available in our latest city guide. 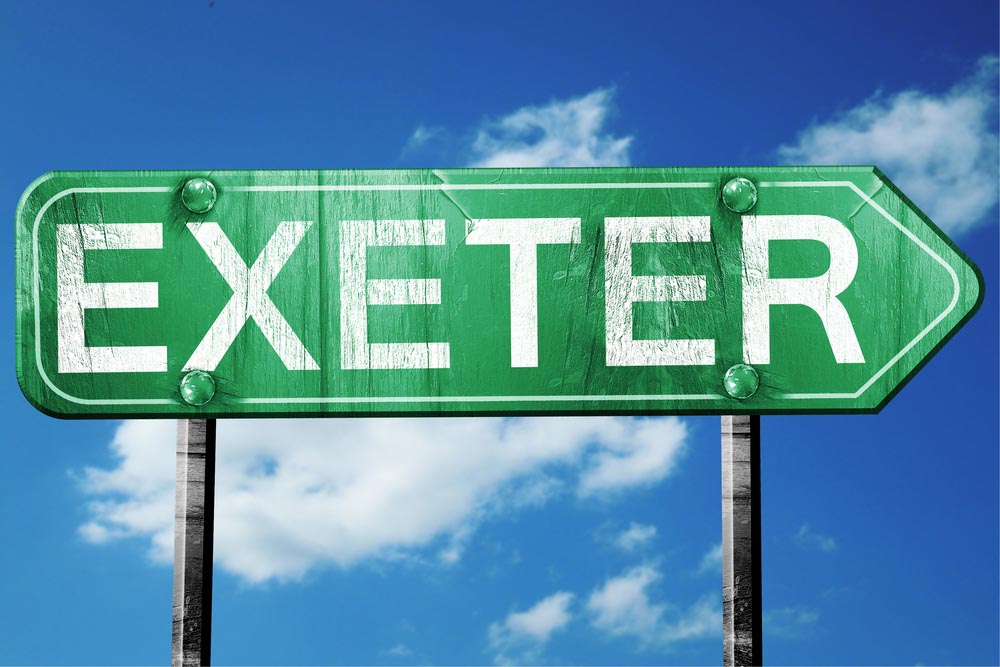 The beautiful cathedral city of Exeter is surrounded by award-winning countryside and has a UNESCO world heritage coastline on its doorstep, but the city has much more to offer than just its glorious setting and thriving tourism industry. Exeter is home to the Met Office, which attracts world-leading meteorologists and climate change specialists to the region, and is fast becoming a centre for financial services and digital tech.

If you're looking for jobs in Exeter, read on to discover some of the opportunities available in our latest city guide.

Exeter University employs more than 1,000 people – which helps to explain why the education sector accounts for 10% of employment in the city. One of the most high-profile publically-funded employers is the Met Office, which employs around 1,400 people. And thanks to the Met Office's new £97m supercomputer, Exeter is now firmly on the (weather) map.

'Longer term, the project will act as a catalyst for growth in the already strong technology sector, creating more jobs as the specialist STEM community in the area increases.'

Exeter currently has the second-highest concentration of knowledge-based services within the South West, second only to Bristol, and the city's ambitions to have more knowledge-based businesses in evident from the development of Exeter Science Park.

Thanks to Exeter University (with strengths in medical healthcare, engineering, IT and bio-technology), and Exeter College's Technology Centre which offers courses in engineering and aerospace, the city is well placed to fill knowledge-intensive roles. As it stands, more than half of Exeter's workforce is well qualified, well above the national average, and has the smallest proportion of working age residents with no formal education of any UK city.

Exeter is home to several big private sector employers, such as the airline Flybe which employs more than 1,000 people. EDF Energy also has a large presence in the city, employing around 1,500 people across two sites, both in close proximity to the M5. Roles cover customer operations, customer services, revenue collection, HR and training, and health and safety.

Exeter is also expanding as a centre for financial services. More than 5,000 people currently work in financial and related professional services in the city - and employment within the sector is predicted to increase by 37% between 2010 and 2020.

Another sector to enjoy a boom is digital tech. The Exeter and Newton Abbot cluster employs around 11,500 people according to the Tech Nation 2016 report. Between 2010 and 2014, the cluster saw a 161 per cent increase in the number of digital tech jobs, with business turnover growing by 41 per cent. This has led to a boom in digital tech jobs, many of them well paid, with an average salary of £39,695.

The other main sector tipped for growth is construction. Exeter has already undergone substantial development (£450 million has been invested in the area over the past four years), which has given a boost to the construction industry. And some 15% of the city's additional 9,100 jobs forecast to be created by 2025 are expected to be in construction.

'Thanks to large-scale projects in the Exeter region, job opportunities within construction are particularly strong right now,' says Moya Rylands.

'Exeter City Council has recently unveiled a £60 million energy-efficient buildings framework, through which a leisure complex with swimming pool, extra care homes and new authority housing stock will be developed.'

The Exeter Science Park Centre, home to the Met Office supercomputer, is another site currently undergoing major construction work. Set for completion in 2018, the project is said to be supporting some 200 jobs, many of them in construction.

Exeter is the second-largest primary shopping area in the South West, serving a catchment area that extends well beyond the city's boundaries. The wholesale and retail sector employs more than 14,000 people in the city, making it the second-highest employment sector in the district, accounting for 17% of all jobs.

Exeter has been ear-marked for a new £60 million Ikea store, which it's hoped would pump £19.5 million back into the city centre each year, thanks to Ikea customers continuing their shopping trips with a visit to Exeter town centre.

The retail sector has also been given a boost with the announcement that Lidl is planning to build a new store at Clyst Honiton, which will create more new jobs.

Whether you're looking for technology jobs in Exeter or work in construction, financial services, or retail – the future for the Devon town looks bright.
© 2016 CareerBuilder, UK 2016. Original publish date: 07.06.2016