Find out the existing job opportunities in Edinburgh 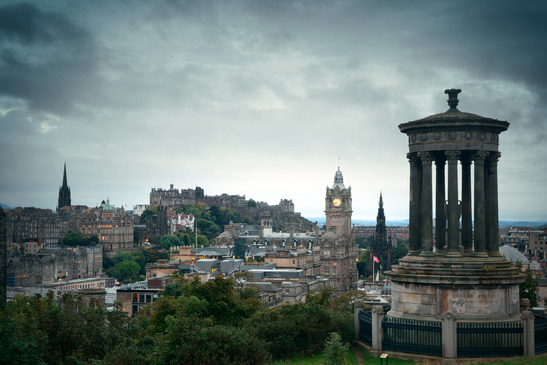 Now is a great time to be looking for jobs in Edinburgh. According to jobs site CV-Library, the city enjoyed the highest employment growth in the UK last year, with posted vacancies rising by 56% from June 2014 to June 2015. Massive ongoing investment, a well-established financial services sector and a booming IT industry make Edinburgh the city of choice for many professionals starting their job search.

Edinburgh is set to undergo massive transformation in the next few years, with a number of multi-million pound projects promising to change the city skyline and create thousands of job opportunities.

John Donnelly, Chief Executive of Marketing Edinburgh, sets the scene: 'Edinburgh is the most prosperous city in the UK outside London and there is tremendous confidence in investing here. Billions of pounds worth of investment is being ploughed into the 'Edinburgh 12' key development sites, which include Edinburgh St James, New Waverley and The Haymarket.

'Foreign direct investment in Edinburgh is at all-time high, up 7% on last year. In 2014, it created more than 1,860 new jobs. This trend looks set to continue, with more companies coming to Edinburgh, from high-tech life sciences and software companies to boutique restaurants and retailers.'

The new St James Quarter – to be built on the site of the St James Centre once demolished – is expected to create 5,000 jobs during the construction phase and 3,000 retail roles. The new Waverley development is expected to generate 1,750 roles, while the Haymarket project will create 3,500 jobs.

There's also a boost for the construction sector, with plans to build a new town in south-east Edinburgh. The Shawfair development, to include 4,000 new homes, a supermarket and three schools, is expected to create 1,000 full-time jobs during the construction phase and more than 4,000 roles upon completion.

Edinburgh is the second-largest financial services sector in the UK, employing around 20,800 people, and home to The Royal Bank of Scotland, Standard Life, Scottish Widows, Tesco Bank and Virgin Money.

'Edinburgh has become something of a powerhouse in retail financial services. It is a location of choice for new start-up banks, such as Tesco Bank and Virgin Money. It has also been chosen as the location for the Government's Green Investment Bank,' says Angela Hickmore, Managing Director of BrightPool.

Angela continues: 'Edinburgh is probably the most-popular location in the UK for financial services start-ups because it can draw on plenty of well-qualified staff but the cost base is much cheaper than London. Over the last 10 years, it has strengthened its position as the UK's second city for financial services.'

Some 17,136 people work in the Edinburgh's digital sector, which is home to the likes of Skyscanner, online accountancy firm FreeAgent, fantasy sports firm Fan Duel (which recently raised £70 million in funding) and Rockstar Games, the creators of Grand Theft Auto.

The city is proving to be popular with tech start-ups, thanks to a combination of its strengths in academia, extensive history in software businesses (Cisco, Oracle, IBM, Microsoft, Amazon) and a solid support network of incubator programmes, such as TechCube and CodeBase. Edinburgh University has one of the strongest computer science undergraduate courses in the UK and provides a key source of talent, with excellence in software engineering, machine learning, data science and artificial intelligence.

As financial companies continue to invest heavily in protecting against cyber threats, the number of IT security roles is booming. According to the 2015 Experis Tech Cities Job Watch report, IT Security was the fastest growing tech discipline in Q1, with both Edinburgh and Glasgow leading the way for jobs.

Research and development has also enjoyed a boost thanks to the Roslin Institute, a £60 million state-of-the-art building at the University of Edinburgh, and the £600 million landmark life sciences research and commercialisation development of Edinburgh BioQuarter.

James Orr, Operations Director at Cordant People Scotland, has seen a sharp rise in demand for telesales and administration staff in the city.

'The need for telesales staff has rapidly increased. This role more than any other is ruling the candidate-driven marketplace, with companies increasing basic salaries by as much as 20% in the past 12 months.

'Renewable energy, facilities management, IT and the finance sectors are all taking on office staff from junior roles through to executive level PAs,' says James. 'Whilst we have seen a decline in the need for legal secretaries and receptionists over the last few years, these roles are now in demand.'

Edinburgh presents an unparalleled mix of cultural experiences set in a UNESCO World Heritage site and one of the most historic and iconic cities in the world. Unsurprisingly it's the most-popular visitor destination in Scotland, attracting more than four million tourists every year.

'This creates employment opportunities not only with venues, accommodation providers and event organisers, but has a much wider impact, generating work for caterers, florists, AV companies and transport firms.'

Whether you're coming to Edinburgh for business, work or pleasure, the city looks set to enjoy continued growth and prosperity for years to come.

Interested in working in Edinburgh? Find Jobs on CareerBuilder.co.uk!