If you're looking for jobs in Derby, read on to discover some of the strongest sectors and biggest employers in our latest city guide. 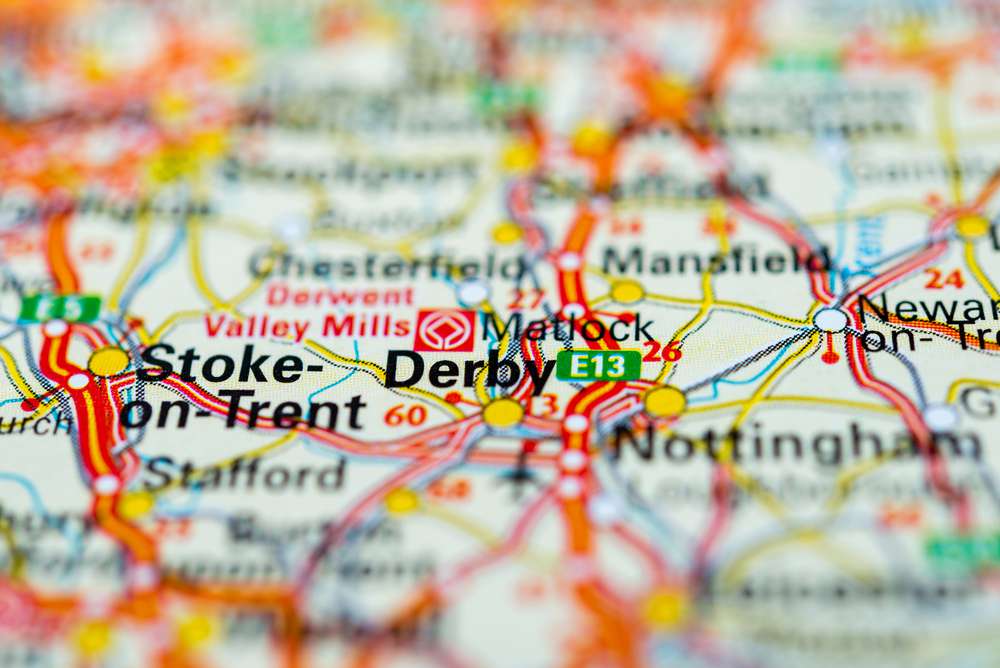 Situated at the northern edge of the Midlands, and within easy reach of the Peak District, Derby has played a pivotal role in Britain's industrial history and still has much to offer today's jobseekers. If you're looking for jobs in Derby, read on to discover some of the strongest sectors and biggest employers in our latest city guide.

One of the birthplaces of the Industrial Revolution, Derby was home to the world's first commercially successful water-powered cotton mill, and by the 19th century had become a centre of excellence for engineering.

That reputation has lasted into the 21st century and the city is today best-known for being home to Rolls Royce's largest site, along with the aerospace company's Apprenticeship Academy.

Motor manufacturing giant Toyota has its UK HQ on the outskirts of Derby, with 3,800 people working at its Burnaston plant to produce the Auris and Avensis.

Bombardier Transportation – a company which manufactures railway rolling stock – is also based in the city. Its future is currently secure as it is building train carriages for London's Crossrail project.

Rob Atkins of Bluefin Recruitment has been working in the city for 20 years and says the situation is currently very positive for skilled engineers.

He said: "It's very buoyant at the moment. It's what you'd call a candidate-driven market.

But despite the current skills shortage, he said Derby remained a big draw to companies who value being close to their customers.

"Derby is in a fantastic position, located centrally in England with excellent transport links to the rest of the country. And you can be in the countryside within 10 minutes."

A study published last year by accountancy firm UHY Hacker Young found that Derby had the fastest-growing economy in the UK – with GVA (gross value added) rising by 23 per cent over the last five years. That compares to a national average of just nine per cent.

UHY Hacker Young's Malcom Winston said: "One of the benefits of a strong manufacturing base is that the employment created cascades down the supply chain too - a huge number of businesses in the Midlands have businesses like Rolls-Royce, Toyota and Jaguar Land Rover as major customers."

And he explained that the city's success had boosted its appeal to employers: "The need for skilled workers has driven investment in education and skills and created a real advanced manufacturing cluster, which makes the area even more attractive to businesses."

Engineering isn't the only success story in the city.

Webhelp's revenues have grown by 250 per cent over the last four years and its turnover is expected to top £1bn this year. And rival firm A1 Comms recently opened a new call centre on the same business park, creating 100 new jobs.

One of the area's most-famous (or perhaps infamous) employers is retailer Sports Direct, which operates an 800,000sq ft warehouse in Shirebrook – a short distance from the city. And an equally divisive brand is produced in the city, with Unilever basing production of Marmite there.

Derby and the surrounding area will get a major boost if the HS2 rail lines go ahead as planned, with nearby Toton set to be the location for the East Midlands Hub – providing quick access to London, Birmingham, Leeds and Sheffield, among other locations. This will be included in phase two of the build, aimed to be completed by 2033.

But the city is not waiting for that to happen, with big projects like Infinity Park Derby - a 100-acre high-tech enterprise zone - expected to draw more firms to the city. This and other developments mean that the construction sector and associated trades are thriving locally, and look set to continue that way if plans go ahead to build almost 2,000 new homes to the south west of the city.

Pip Gorringe, marketing manager at Farsight Recruitment, which has been specialising in construction roles in Derby for 11 years, said there is consistent demand for workers.

"It's something that never dries up," she explained. "We are always seeking people for general labouring. "The biggest construction job in the city at the moment is the new student accommodation, but there's usually a good mix of commercial and domestic construction projects."

So whether you're a high-flyer in engineering or looking for a job in the service or construction industry, Derby really could be the place your career takes off.
© 2016 CareerBuilder, UK 2016. Original publish date: 08.31.2016