If you're looking for jobs in Crawley, read on to discover some of the biggest employers and opportunities available in our latest city guide. 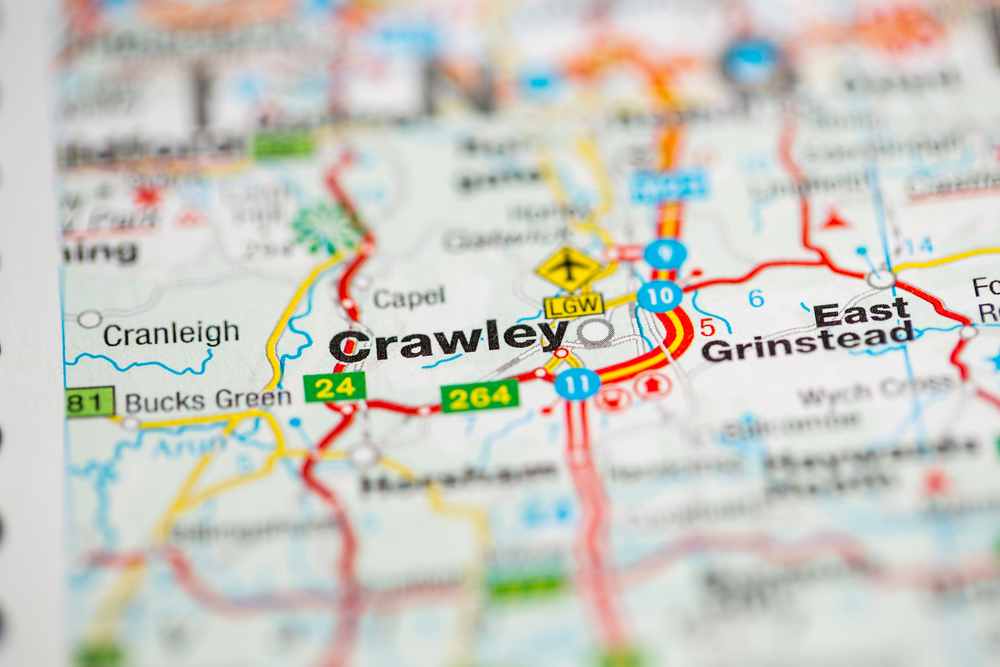 Located a few miles south of Gatwick Airport, with a population of around 110,000 people, the town of Crawley is one of the biggest in West Sussex and the county's main business hub. If you're looking for jobs in Crawley, read on to discover some of the biggest employers and opportunities available in our latest city guide.

Crawley is at the centre of the "Gatwick Diamond" - an economic region that stretches from the south coast to South London and also includes East Grinstead, Dorking and Horsham. In fact, the town provides 45 per cent of the jobs within the Gatwick Diamond.

Jeff Alexander, executive director of Gatwick Diamond, said: 'The area appeals to employers because it has excellent communications and transportation links, not just by air but rail links to London or Brighton. There has been huge investment in the Gatwick Express and in Thameslink.

'Crawley is well-located in terms of being close to London, but significantly more affordable.

You've got the advantages of London but a higher quality of life including access to the countryside and outdoor pursuits that younger employees and their families greatly value.'

According to Stass Kolakovic, Crawley Borough Council's Employment and Skills Coordinator, the main employment sectors in the town are hospitality, finance and science, technology and engineering – particularly in relation to the aerospace industry. 'Manor Royal has a good reputation for business and already has a solid concentration of businesses in the area,' she adds.

As you might expect, there are thousands of people working at Gatwick Airport, which is the largest single-runway operation in the world. Gatwick Airport Limited employs around 2,500 people on site, with 10 times that number when you include airline staff.

There are plenty of other big name employers in the region. The Manor Royal business district is the largest such area in the south east, covering 240 hectares, and is home to well-known firms like Virgin Atlantic, CGG and Vent-Axia.

Also based in the area is Nestlé, Royal Mail and Tesco, which has several stores in the town and a warehouse at Manor Royal to fulfil its internet orders.

One of Crawley's biggest attractions is that it's cheaper than much of West Sussex and Surrey, but with that affordability comes a bit less polish and poshness. However Crawley Borough Council is pushing ahead to spruce up the town centre, which many locals regard as tired and out of date.

Stass Kolakovic said: 'Queens Square in the town centre is currently undergoing a £3.2million regeneration - getting a major facelift with modern landscaping, new paving, improved lighting and fresh street furniture. Station Gateway will be revitalised at a later date, this is in partnership with the Aurora Group.'

While Crawley is thriving, employers have highlighted a number of skills gaps in the region.

Stass Kolakovic says: 'Here in Crawley we have a high proportion of middle-skilled employees but struggle to recruit low-skilled workers, particularly in hospitality and retail, as well as high-skilled professionals.'

Jeff Alexander adds: 'The residential population is less skilled than the working population in general in Crawley. Firms are having to bring in more skilled people because of this imbalance. The main shortages are higher-level skills in the STEM areas.'

He also reports that some firms are turning to apprenticeships and in-house training to ensure a supply of suitably skilled labour.

'We strongly support an increase in apprenticeships, particularly higher-level apprenticeships, and we hope the Apprenticeship Levy will encourage this. One local employer which has really taken this on board is Nestlé, which moved to Crawley from Croydon.

'As well as apprenticeships, it has a trainee scheme which takes school leavers and sponsors them through a university degree. We'd love more employers to do what they do.'

Although Heathrow has been selected by the government to get a new third runway - despite a strong competing bid by Gatwick - the town intends to remain "on standby" in the event of the Heathrow decision being overturned on appeal, or a need being determined for a second runway.

If the airport did end up with a new runway, Stass Kolakovic predicts: 'More jobs in construction and in the airport itself, more tourism, more businesses and investment, and a further commitment from Gatwick to work within the local area.'

But whatever the future holds for the airport, Crawley looks set to remain a popular destination for business - and could well be the place your career takes off.