The county town is regarded as the biggest driver of economic growth in the Essex region. 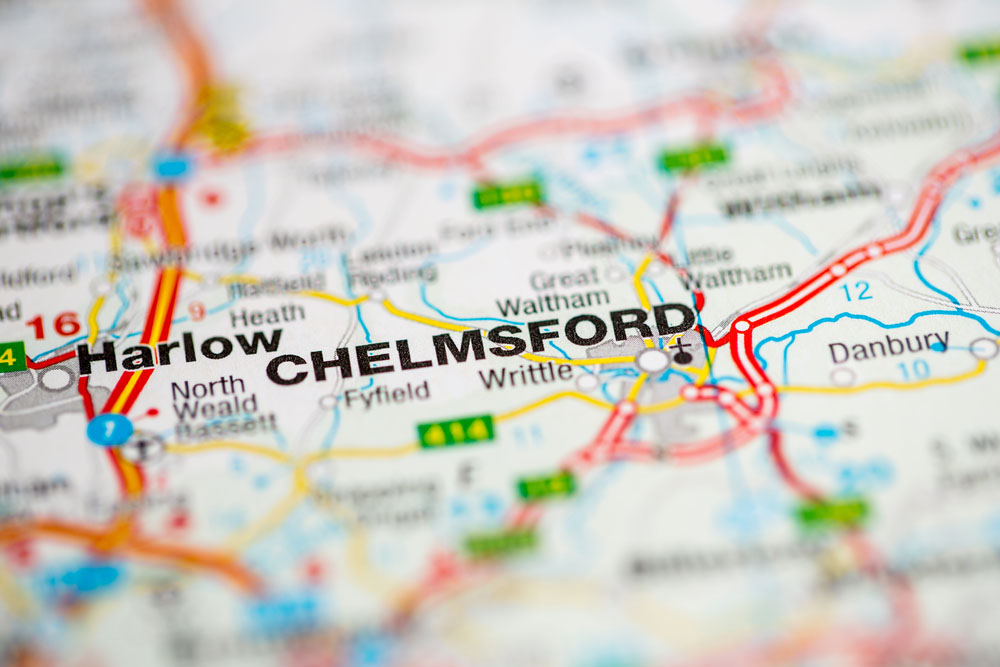 Thanks to it is position in the centre of Essex, Chelmsford has been an important hub for trade since Roman times. The county town - which is home to 120,000 people, plus another 50,000 on its fringes - was bumped up to city status in 2012, and it is regarded as the biggest driver of economic growth in the Essex region.

Like many cities around the UK, Chelmsford has been in a period of transition over the last two decades, with large firms leaving or downsizing their operations, and a shift in economic focus toward the service sector. The biggest employers used to include soft drinks firm Britvic and defence contractor Marconi, along with a host of ancillary businesses supporting them.

While defence firms still provide a significant number of jobs in Chelmsford, there has been a second transition in the city – from large employers to small and medium-sized companies, driven by the strong streak of entrepreneurship that Essex is known for.

With a journey time of just 35 minutes to London Liverpool Street by train, good road links via the M25 and M11 and Stansted Airport just half-an-hour's drive away, Chelmsford is well connected for national and international travel.

A pleasant city centre and good housing stock add to the appeal, and the city has a solid economy which is not disproportionately dependent on one sector.

Sam Edwards of Success Recruit Ltd, based in the city centre, explains Chelmsford's appeal: 'Location-wise it's in easy reach of London but without the same overheads as the capital. The train service is good and the surrounding towns are all on the same line. The city is also well connected by road to London and beyond. It's a nice town in terms of amenities too.'

'The overall quality of life including housing, open space, good education facilities, leisure activities and proximity to London all play a part,' he said.

'The high number and diversity of jobs now created here provide excellent opportunities across the many sectors and levels. It remains an area of low unemployment, around 1.0% on JSA figures.'

While Chelmsford's economy is notably diversified, there are a number of key players in the city.

Mr Smith said: 'Major employers still include the former Marconi companies, BAe Systems and e2v and the many engineering companies doing work for them. In addition, major international companies such as Visteon, Battelle and IFDS continue to invest in Chelmsford.'

With a major NHS hospital and several private hospitals, there is reliable demand for health personnel – and because the city is Essex's county town, it has a strong public sector presence. Chelmsford is home to the Essex County Council and Essex Police HQs, as well as to Anglia Ruskin University.

Mr Smith continued: 'There is strong representation from the finance and insurance, retail and service sectors - notably accountants, real estate and solicitors. Construction features highly as well. Some 8,000 homes and 600,000 sq ft of commercial space plus infrastructure projects are being developed, so the construction sector is booming here.'

Sam Edwards said his recruitment firm had been very busy this year as the local economy picked up further. 'We are seeing higher demand for entry-level roles than for more experienced staff – there has been a lot of graduate recruitment in particular recently. There has also been a lot of marketing roles coming up and there is demand for people at all levels of experience.'

Many of the headlines around Chelmsford's development in recent years have included the two magic words "John" and "Lewis" - and the prestigious retailer finally opened a new £18m, 120,000 sq ft department store in the city in September 2016.

Accompanied by more retail outlets, a cinema and restaurants, the new store has cemented Chelmsford's reputation as the shopping hub of Essex. The new development has also given the jobs market a boost, and demand for retail, hospitality and catering staff remains high.

Plans for the future

Chelmsford City Council is in the process of drawing up its Local Plan to take the city up to 2036 – and it hopes to build around 900 homes and generate up to 900 new jobs each year.

Mr Smith elaborated: 'Employment land is important in this equation with some big ambitions such as an approved 500,000 sq ft business park and new railway station at Beaulieu, in addition to a MedTech Campus as part of an Anglia Ruskin University (ARU) project.

'A joint project between ARU, Essex County Council and Chelmsford City Council established an innovation centre, which after just two years is full and plans are being drawn up for a second building next to it. ARU are also seeking to build a medical school on their Rivermead campus site.'

No matter which sector you work in – whether professional services, construction, retail or healthcare - the future for Chelmsford looks bright.
© 2017 CareerBuilder, UK 2017. Original publish date: 01.18.2017

With a population of around three-quarters of a million people, Leeds is one of the UK's largest cities and home to England's biggest financial centre outside of London. Forecast to see 25 per cent growth over the coming decade – with finance and business services making up half of that – now is a great time to be looking for a job in Leeds.Read on to discover some of the strongest sectors and job opportunities in our latest city guide.High productivityOnce famous for textile production, Leeds has successfully transitioned from post-industrial decline to become one of the stars of the much-vaunted "Northern Powerhouse".Productivity measured in GVA (gross value added) is among the highest in the UK at £45,460 per filled job – putting Leeds behind only Bristol and Glasgow among the nation's core cities.The service and financial sector is particularly strong, as is healthcare and medical technology, housing and construction, retail, manufacturing, and media and digital technology.The c...

Peterborough's economy grew rapidly in the 19th century, stimulated by the arrival of the railway, with much of its prosperity built on the foundation of the London Brick Company's base in the city. The suburb of Fletton even gave its name to the distinctive pinky-red bricks that make up so much of London's housing stock. Today, the city is looking to the future and attracting businesses in all sectors and of all sizes – making it a serious option for many jobseekers in the region and beyond.Growth forecastLocated in the East Anglian county of Cambridgeshire, Peterborough is currently home to more than 180,000 people, with a wider catchment area of some 800,000.A report by economists at the McKinsey Global Institute in 2011 forecast that Peterborough would be England's fastest-growing city by the year 2025 – and it already has an impressive productivity (GVA) of £50,576 per worker, coupled with an employment rate of 75 per cent.Laura Chambers, head and marketing and communications a...