If you're a school leaver interested in a career in engineering, here are four of the best apprenticeships currently on offer. 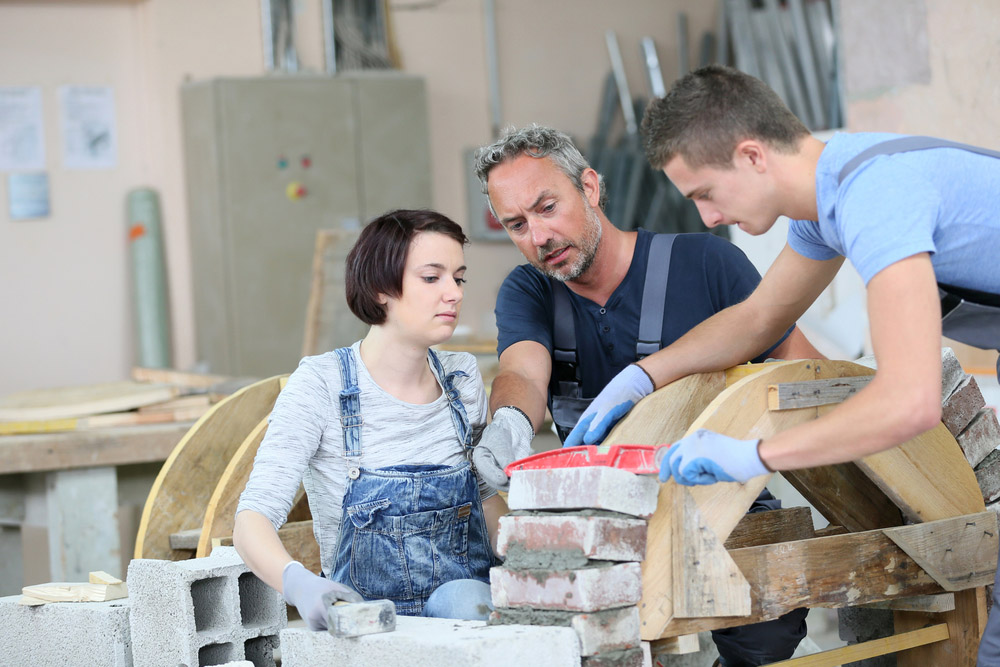 The public body responsible for maintaining and upgrading Britain's rail network offers one of the most sought-after engineering apprenticeships in the UK. And because Network Rail is currently engaged in the largest expansion of the rail network since the 19th century, there should be plenty of work in the years to come.

The organisation's Advanced Apprenticeship Scheme sees successful applicants begin their three-year programme with a 20-week stay at Westwood – Network Rail's training centre in the Midlands. This is then followed with work and on-the-job training while based at a depot close to the trainee's home. You can specialise in Track, Off Track, Signalling, Electrification and Plant, Telecoms or Overhead Lines – and guidance is provided to help you find the right career path.

Applicants must be aged 18 when they start – and need at least four A* to C-grade GCSEs or Scottish equivalent. These must include English, Maths and Science or Engineering. Because of the safety aspects involved with working on the railway, you'll also need to have good sight and hearing, which will be tested as part of the process.

Apprentices will gain an NVQ3 in railway engineering, through a combination of rail-specific technical courses, work experience, formal assessments, and other technical and leadership training.

You'll be paid £8,618 during your first year, plus £1,150 for successful completion. This goes up to £12,055 in the second year and £14,364 in the third year. Additional payments are made to those working in inner or outer London, to help with the higher cost of living.

Rolls-Royce is just as prestigious an engineering brand as the luxury cars which bear the same name. The automotive arm might have been sold off to BMW, but RR is still powering ahead in civil and military aerospace engineering, as well as marine, nuclear and other power systems.

The company is committed to apprenticeships and recruits school leavers for its three-year programmes at both GCSE and A-Level ages. GCSE apprentices could be placed at the firm's HQ in Derby or at its other sites in Bristol, Scotland, London, Birmingham or Nottinghamshire. A-Level apprentices will be based in Derby or Bristol.

Applicants for either level of apprenticeship are expected to have 'a passion for engineering,' with strong analytical, communication and team-working skills. A-Level applicants need three grades A* to C in maths, physics or chemistry, engineering and one other subject (achieved or expected). GCSE applicants need grade D or higher in maths, English language and a science subject.

GCSE apprentices are paid a starting salary of around £11,231 per year and earn a Level 3 NVQ or SVQ, a Level 3 BTEC Diploma in Engineering or a VRQ. There is also potential to study for more advanced qualifications such as a Higher National Certificate, Higher National Diploma or a Foundation Degree. A-Level apprentices get a starting salary of £12,354 per annum, earning a Level 4 NVQ in Engineering Manufacture alongside a foundation degree in an engineering discipline.

One of Britain's largest employers of engineers, multinational conglomerate Siemens has bought into apprenticeships in a big way and currently has 500 on its books across the UK. Its British interests cut across sectors including manufacturing, rail, power and gas, energy management, traffic engineering, healthcare technology and the glass industry.

Siemens' offers both advanced and higher apprenticeships, with schemes specifically tailored for the different parts of the business.

For an advanced apprenticeship you should have, or be predicted to get, at least four GCSEs or equivalent at grade C or above including maths, English and a science subject. Relevant higher level qualifications, such as A levels, NVQs and Diplomas are required for a higher apprenticeship.

Pay figures are not made public by the firm, but information shared by engineering apprentices suggests they range significantly – with the higher end of the scale being a competitive £18k plus.

One of the world's biggest defence and aerospace firms, BAE Systems is also one of the UK's biggest recruiters of engineering apprenticeships, with more than 400 people starting each year. The business is divided into land, maritime (ships), maritime (submarines), maritime services, electronic systems and military air and information.

Making everything from aircraft carriers to high-tech electronic and cyber security products, the firm offers apprenticeships in 17 locations, from the Isle of Wight to Glasgow.

BAE Systems offers two levels of apprenticeships, with applicants for the lower level places typically needing five GCSEs at grades A* to C and would-be higher apprentices needing the same, plus two or three A Levels at similar grades (or a BTEC qualification in some cases). Requirements vary for each scheme, so it's best to check their website.

Salaries vary by role and location, with some starting at around £9,000 per year and climbing to almost double that – while the higher apprenticeships can start around £18,000 and rise to £30,000 by completion. Apprentices will also gain an NVQ or degree qualification and the company has a good reputation for retaining and developing staff.
© 2017 CareerBuilder, UK 2017. Original publish date: 01.04.2017

The rising cost of a university education means that the average UK student graduates with £44,000 of debt. While you need passion for your subject, it's worth knowing which degrees are likely to pay the best. Here are seven degrees and the starting salary and pay prospects you can expect over the course of your career.1. DentistryDentistry students have a good reason to smile. Most dentistry degrees take five years to complete, but once graduated they enjoy the highest starting salary, £30,348, of any degree subject according to a survey by The Complete University Guide. Not only that, 95% of graduates are employed in dentistry six months after finishing their course.The NHS dental foundation one-year training programme pays £30,132 with salaried NHS local dentists earning between £38,095 and £81,480. Hospital consultant dentists can make between £75,249 and £101,451 a year, while self-employed dentists treating private and NHS patients can earn anywhere between £50,000 and £110,00...