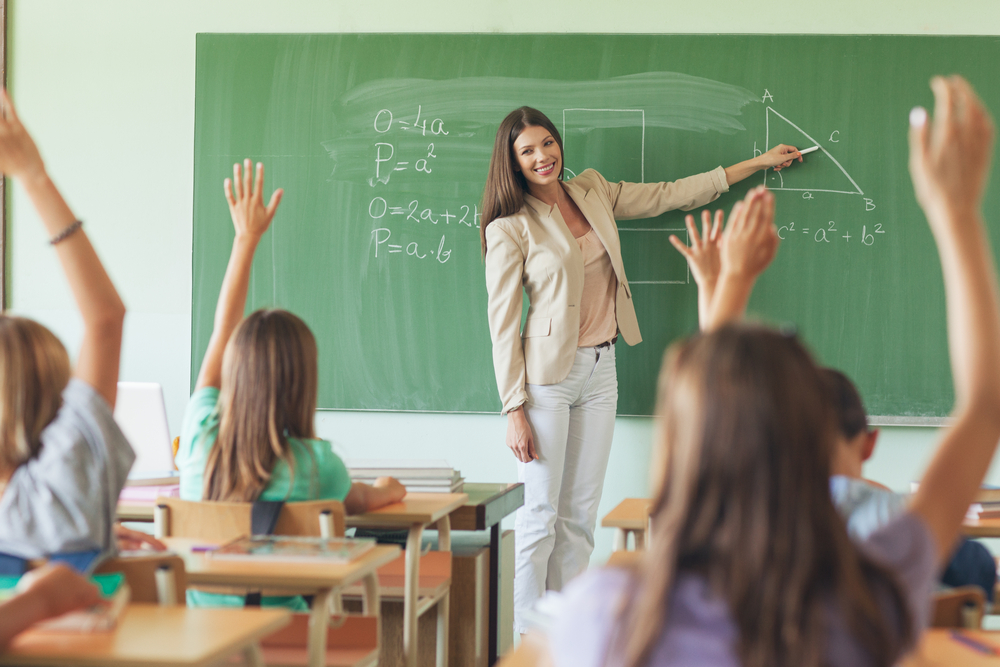 The UK may have the fourth largest economy in the world but it still faces a chronic skills shortage that is affecting key services and hampering economic progress in a number of fields. "The UK is a fantastic place to work and develop for those with the skills we need," Immigration Minister Liam Byrne says.

What are those sought after skills? Here is a list of Britain's 10 most-wanted workers:

The number of applicants starting postgraduate teacher training courses for primary and secondary schools has fallen by 9 per cent compared to last year. And this has raised fears of a growing shortage of qualified teachers in key subjects. The most dramatic falls are in Physics (30 per cent), Maths and English (both 15 per cent), Information Technology (16 per cent) and Geography (14 per cent). The Government is continuing to offer its £5,000 "golden hello" to incentivise more people to opt for a training career.

Britain has suffered from a shortage of nurses for a number of years and the Royal College of Nursing is warning that around one third of all nurses (180,000) are due to retire within the next 10 years. And when you consider that 5,000 UK nurses leave the UK to work in Australia and the US, added to the fact that we have an ageing population, the demand for nurses is at its height.

There may already be 1.2 million social workers in the UK, but at least a further 130,000 are needed to meet current demand. And in some parts of the country, the shortage is so bad that local authorities are paying for officials to travel abroad to recruit experienced staff. In 2007, the Association of Directors of Children's Services warned that the most vulnerable children in Britain are at risk because of a nationwide shortage of suitable social workers. Furthermore, Britain's ageing population and growing migrant numbers are adding increased demand on an otherwise over-stretched social care system.

Despite the popularity of shows like 'The F Word' and 'Master Chef,' the UK catering industry is facing a shortfall of qualified chefs. Since 2007, demand for chefs has increased by 6 per cent but numbers entering the trade have dropped by 10 per cent. Summit Skills estimate that a further 15,000 more chefs are needed to meet current demand and, as Britain prepares for 2012, the huge shortage of suitably qualified chefs within the hospitality industry threatens to undermine the ability for the sector to cope during the London Olympics.

Research by the sector skills councils has revealed that 13,000 construction workers and 1,500 electricians and plumbers are needed every year between now and 2012 to fulfil contracts already earmarked for the Olympic Games. But that is only half the story. With other major projects including the new Terminal Five at Heathrow Airport and the redevelopment of King's Cross and Crossrail, the UK construction industry is being stretched to capacity.

According to the Royal Academy of Engineering, fewer than half of all university engineering undergraduates go on to work in this field upon graduation. This has created a shortfall of some 20,000 engineers in the UK; major firms such as Atkins being forced to recruit qualified engineers from overseas, notably India and China who between them produce more than half a million engineering graduates each year. The Association of Consulting Engineers says that the biggest demand is for army, navy and air force of engineers to realise the projects the country wants or needs.

The shortage of dentists in the UK is preventing around 2 million people from gaining access to an NHS dentist, according to the Citizens Advice Bureau. Amid concerns that younger dentists are rejecting the NHS in favour of lucrative private work, the government has announced measures to target trainee dentists at areas most in need of NHS services and has pledged to increase the number of dentists by 25 per cent.

The dire shortage of midwives in this country is forcing some maternity units to turn expectant mothers away, according to the Royal College of Midwifery. Figures show that there are currently 25,000 midwives across the UK but, 55 per cent of them work part time and a high percentage are due to retire in the next few years. This has created a shortfall of 10,000 which is set to increase as the birth rate continues to rise at 12.5 per cent every year.

Britain is a nation of pet lovers but, despite their being more than 16,000 practicing vets, many more are needed. Vets have been on the National Shortage Occupation List for a number of years. Yet despite the Government making it easier for students to gain entry to university to study veterinary science, the UK still faces a shortfall. And this is having a knock-on effect to their support staff. Indeed, reporter Donal McIntyre's recent expose for the BBC revealed that almost half of all vets' practices are employing unqualified staff because of a lack of suitably qualified staff.

Across the IT industry, Britain faces a chronic shortage of skilled staff. Indeed, the British Computer Society warns that there has been a 25 per cent shortfall in the number of computer science graduates in recent years with as many as 150,000 new entrants needed to meet the demands of business each year.

Here are four tips to consider as you look for new or additional work to ease any job loss or hours-reduced related to the Coronavirus.Coronavirus has been declared a global pandemic by the WHO, and with confirmed cases continuing to rise across the world. Organizations are making hard decisions about events, work-related travel and requiring employees to work from home in an effort to slow the spread of the virus and minimize exposure for employees. Hourly workers and the ones working in the travel and hospitality industryWhile these decisions have implications for all workers, hourly-wage earners are proving to be the most hard-hit. What happens for workers in fields like hospitality, restaurant and food service, and maintenance and repair where a work-from-home option isn’t a feasible reality?USE TRANSFERABLE SKILLS TO FIND A NEW HOURLY JOB THAT ALLOWS YOU TO WORK FROM HOMEIf your main source of income is waiting tables, prepping food, cleaning hotel rooms or any other on-site ho...