Beyond London: Best UK cities for IT jobs

If you’re an IT professional looking for your next role, there’s good reason to extend your job search outside of the capital. 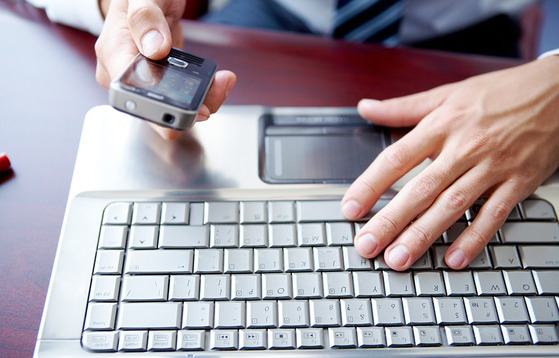 The UK's digital technology industry is booming. The sector is predicted to outperform all other sectors in terms of job creation by 2020, according to a recent report by Tech Nation. If you're an IT professional looking for your next role, there's good reason to extend your job search outside of the capital.

According to a recent Experis Tech Cities Jobs Watch report, two-thirds of UK digital companies and 28% of the latest tech jobs are based outside of the city – and the numbers are set to increase.

Geoff Smith, MD of Experis Europe, explains: 'As technology continues to filtrate into every aspect of a business, regardless of industry sector, this trend is only likely to gather pace in 2015 and beyond.'

While London remains a hotbed for tech start-ups, other areas of the country are experiencing even more rapid growth. Take Bournemouth, for example. One of the fastest-growing tech clusters in the UK, the town and has seen a 200% increase in the number of digital companies over the last three years.

Pay outside the capital

Working outside of the city doesn't necessarily mean taking a huge pay cut. London pays the highest average salary for full-time IT workers (£53,107) but Edinburgh and Cambridge remain competitive, offering £43,615 and £42,004 respectively. Some IT roles actually pay better outside of the city. For example, big data specialists earn £64,517 on average in Glasgow, £2,000 more than in London, while cyber security freelancers could make £495 a day in Edinburgh, compared to £420 in the capital.

Those working outside the capital are also more likely to have received a pay rise last year, according to research by the IT Job Board website. Tech salaries in London increased by just 3% over the two years to the end of 2014. In comparison, salaries increased by 9% in Scotland, 7% in northeast England and 6% in the northwest, East Midlands and the southwest over the same period.

If you're looking for UK tech jobs, here are the latest hiring trends and salaries you can expect across the UK's leading tech towns and cities.

The average tech salary in Edinburgh increased by 9% during the second quarter of 2015 (taking it to £43,615), outranking Glasgow as the highest paying tech city outside of London. On average, the city pays IT Security contractors £500 per day – one of the best rates in the UK. The number of permanent roles advertised increased by 11.5% over the quarter, with 42% of those being for web developers.

Like Edinburgh, Glasgow experienced high levels of demand for web developers (accounting for 32% of all IT roles advertised), thanks largely to financial services in the region investing in the development of front, middle and back office platforms. Glasgow also saw strong demand for IT security professionals, while the city paid the highest average day rate for mobile roles at £454 per day.

Cambridge offered the third highest average salary for permanent tech jobs outside of London, second to Edinburgh and Glasgow between April and June this year. Big data professionals commanded the highest salaries in the city (£50,447), followed by IT security (£48,734) and cloud professionals (£45,520).

Bristol continues to rank among the top cities for overall day rates paid, with IT Security professionals earning the most in the city, at £423 per day on average. Big data specialists are in particularly high demand in Bristol, which explains the 10% salary increase (to £52,091), the highest outside of London.

Leeds advertised the second-highest number of contractor roles outside of London, second to Manchester. Web developers and mobile professionals were amongst the most sought after. The best paid roles were in big data (£48,118), cloud (£40,773) and IT security (£40,648).

Some 7,458 people work in Brighton's burgeoning digital sector, which has a strong focus on advertising and marketing, software and games development, and publishing. Mobile professionals commanded the highest salaries in the city (£54,409), followed by big data (£45,250) and cloud professionals (£43,269).

Manchester maintained its position as the top-hiring city outside of London with 2,323 roles advertised between April and June 2015. IT security professionals commanded the highest salaries in the city (£46,092), followed by big data (£43,268) and cloud professionals (£38,630).

The number of contractor roles advertised doubled in Newcastle Upon Tyne during the second quarter of 2015. While the town appears to pay the highest average contractor day rates outside of London, these figures have been skewed by a small number of senior-level positions offering higher than average rates in a bid to attract the best talent away from the capital.

How to land a job as a personal assistant

Forget Mad Men-style secretaries and typing pools. Today's top-flying personal assistants (PAs) and executive assistants (EAs) are managing big budgets and making key business decisions. Whether you're just starting your job search or keen to advance your career, here's what it takes to succeed in the role. Changing nature of the jobIf you think being a personal assistant means doing a bit of diary management and typing, think again. 'The role of the PA has moved away from being a traditional "secretarial" role - i.e. typing, filing and producing documents - to one that is all about organisation and logistics,' says Elaine Sutherland, Managing Director of specialist PA recruitment consultancy PA London.'Some sectors still rely heavily on their PAs to produce lengthy documents and contracts, but others see their PAs acting as a pivotal member of the management team, keeping them on track and helping their schedules to run as efficiently as possible. They will their spend time as pred...

9 of the hottest tech jobs in the UK

The UK technology industry is booming. If you're looking for a top tech job that pays well, here are nine of the best jobs in technology that are currently in demand.1. Software engineer(Java and .net)Software engineers design and build software for large applications, combining their knowledge of maths, engineering and computer science to design, develop, test and evaluate software.'The growth in demand for these roles is so strong that we're now entering a skills shortage in the UK,' says Richard Knights, Regional Sales Manager at ReThink Recruitment. 'The demand mainly stems from businesses continuing to invest in their online systems in an effort to capitalise on a buoyant economy.'More organisations are looking to get their products into new markets and across new channels with mobile and e-commerce driving much of the growth. In addition, businesses are increasingly using technology to drive cost-saving initiatives, which is increasing demand.'Average salary: £41,5002. Informa...