If you’re looking for jobs in Birmingham, look the job opportunities you have. 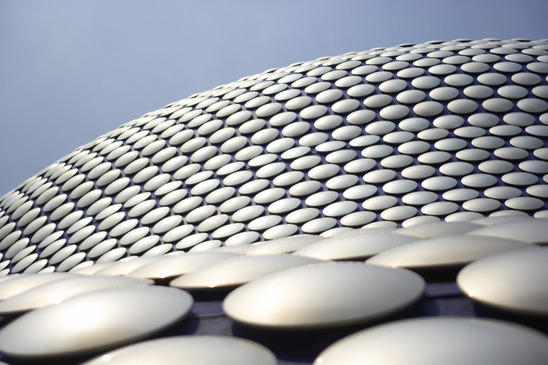 If you're looking for jobs in Birmingham, 2015 is set to be a great year. Birmingham's job market is booming – the city saw the second-highest employment growth in the UK (after Edinburgh), advertising 54 per cent more jobs in April 2015 than 2014 according to job site CV-Library. It also enjoyed a 16 per cent rise in contractor vacancies from May to June on Venn's Recruitment Index. Meanwhile, forecasters at Oxford Economics expect jobs growth in Birmingham to outpace Berlin, Tokyo and Paris over the next five years.

Neil Rami, chief executive of Marketing Birmingham, sets the scene: 'Decades of work and huge investment into Birmingham and its surrounding areas are culminating in 2015, transforming the city's landscape and economy.

Grand Central – a retail and dining space above the transformed train station – is expected to create 1,000 jobs when it opens in September, with half of the roles generated by the flagship John Lewis store. Another area to enjoy redevelopment is Paradise Circus, home to the stunning new Library of Birmingham, which will benefit from new office, retail and hotel space once completed. In total, the Birmingham City Centre Enterprise Zone project hopes to generate some 40,000 new jobs.

The government has invested more than £357 million in the region and the Growth Deal hopes to create more than 13,000 jobs, allow up to 4,000 homes to be built and up-skill 7,633 people by 2021. Companies to secure funding include Dana UK Axle, which will receive a £1 million grant creating 400 jobs in high-tech manufacturing, and Sertec Group Holdings, which secured a £1.425 million grant to help deliver projects at its plants in Aston, Coleshill and Tyseley, leading to 200 new jobs.

Birmingham's Big City Plan, set out in 2010, recently received a £21.4m cash boost from Westminster, in addition to the city's £357m local growth funding. Part of the 20-year improvement plan is to revive the area around Snow Hill train station, increasing the opportunity for new office space. The current two Snowhill office blocks are home to KPMG, Deutsche Bank and the law firm Wragge & Co, and will soon house the construction headquarters of High Speed 2, the railway that will link Birmingham and neighbouring Solihull to London by 2026, and then to Leeds and Manchester by 2033.

Hailed as Birmingham's answer to Canary Wharf, the Snow Hill project is expected to create some 10,000 jobs, plus 4,000 new homes.

Birmingham and the surrounding region is home to 70,500 companies, including 1,500 global firms such as Jaguar Land Rover, JCB, Kraft, Amey, Deloitte and Cadbury, and foreign investment in the area is high.

An estimated 4,739 new jobs will be created from 73 direct foreign investments this year, with another 1,365 jobs safeguarded.

US companies were among the biggest investors, accounting for 22 per cent of all projects, such as hydraulics manufacturer HydraForce, which is building a 120,000 square-foot factory in Birmingham's Advanced Manufacturing Hub with help from the government's Regional Growth Fund.

Other notable investors include Virgin Media (owned by US conglomerate Liberty Global), which has recently expanded in the city, and e-commerce behemoth Amazon.

Although much of the overseas investment (40 per cent) has been in advanced manufacturing, there has also been good news for professional and financial services, and IT and digital.

Some 20,064 people are employed by the digital sector in Birmingham, according to Tech City UK. Emerging hubs include the Birmingham Research Park, Digbeth, the city's production and animation studios, and the Custard Factory. Digital companies heading to the West Midland's powerhouse include mobile payments company, Droplet, and clothing e-tailer, ASOS.

Birmingham is already a major financial services centre. Deutsche Bank set up a trading floor in the city in 2013 and accountancy firm KPMG created 50 jobs in the city last year. HSBC, which already employs around 2,500 people in the city, recently announced plans to move its headquarters to Birmingham, along with 1,000 roles, over the next four years.

Avtar Singh, Director of Venn Group, said: 'The Conservative victory in the May election paved the way for increased confidence in the market which, in turn, encouraged the boom in hiring. One example of this is the rise in releases of project fund budgets all over the region, which has resulted in heightened demand for project-specific finance roles.'

Birmingham is regarded as one of the main centres of legal excellence in the UK, and is home to some of the largest legal firms (DLA Piper, Eversheds, Pinsent Masons), as well as some significant home-grown enterprises.

According to Avtar Singh, the legal sector is particularly buoyant in the contracts jobs market right now. 'A number of councils are bringing more legal services in-house to avoid additional expenses and as a short-term remedy to possible redundancies.'

A regional task force, driven by Andy Street, the managing director of John Lewis, and the chairman of the Greater Birmingham and Solihull Local Enterprise Partnership, recently unveiled a fund worth £150m to help 500 advanced manufacturing companies to double their growth in four years. Plans include a recruitment drive to create 720 new jobs and 600 traineeships by 2017, along with an expansion of the Birmingham City Centre enterprise zone.

Business isn't the only thing that's booming in Birmingham. Tourism in the city has grown by 11 per cent over the past six years and is now worth more than £5.3 billion, attracting around 34 million visitors a year. Birmingham plays host to several high-profile events in 2015, from sport (the Rugby World Cup at Villa Park and England v Australia Ashes Test match cricket at Edgbaston Stadium); to culture (contemporary art gallery Ikon celebrates its 50th anniversary and Birmingham Royal Ballet has its 25th anniversary), and shopping (£50million redevelopment of the Mailbox).

Whether you're a job seeker looking for work, or coming to the city for business or pleasure, the future for Birmingham looks bright.

Manchester and its surrounding towns once grew rich thanks to the cotton trade, creating a landscape dotted with the mills that clothed the British Empire. Now the second highest-populated urban area in the UK with more than 2.5 million residents, Greater Manchester is the leading area outside of London for the business, financial and professional services. And thanks to a strong manufacturing presence along with high employment in health and education, there are a wide range of job opportunities available.More jobs expected – on balanceThe most recent major forecast from Greater Manchester's policy and strategy body, New Economy, looks positive, with a net gain of more than 100,000 jobs expected over the next decade.Kerry Houston, lead economist at Oxford Economics, which carried out the study, said: 'The Greater Manchester economy is expected to remain as a key driver of the North West. The forecasts suggest an additional 128,000 more people and 110,000 net new jobs within the cit...

Now is a great time to be looking for jobs in Edinburgh. According to jobs site CV-Library, the city enjoyed the highest employment growth in the UK last year, with posted vacancies rising by 56% from June 2014 to June 2015. Massive ongoing investment, a well-established financial services sector and a booming IT industry make Edinburgh the city of choice for many professionals starting their job search.City regenerationEdinburgh is set to undergo massive transformation in the next few years, with a number of multi-million pound projects promising to change the city skyline and create thousands of job opportunities.John Donnelly, Chief Executive of Marketing Edinburgh, sets the scene: 'Edinburgh is the most prosperous city in the UK outside London and there is tremendous confidence in investing here. Billions of pounds worth of investment is being ploughed into the 'Edinburgh 12' key development sites, which include Edinburgh St James, New Waverley and The Haymarket.'Foreign direct ...