8 things never to say while negotiating a job offer

Whether discussing money at the hiring stage or asking your boss for a pay rise, negotiating salary can be tricky. Here are eight things not to say if you want things to go your way. 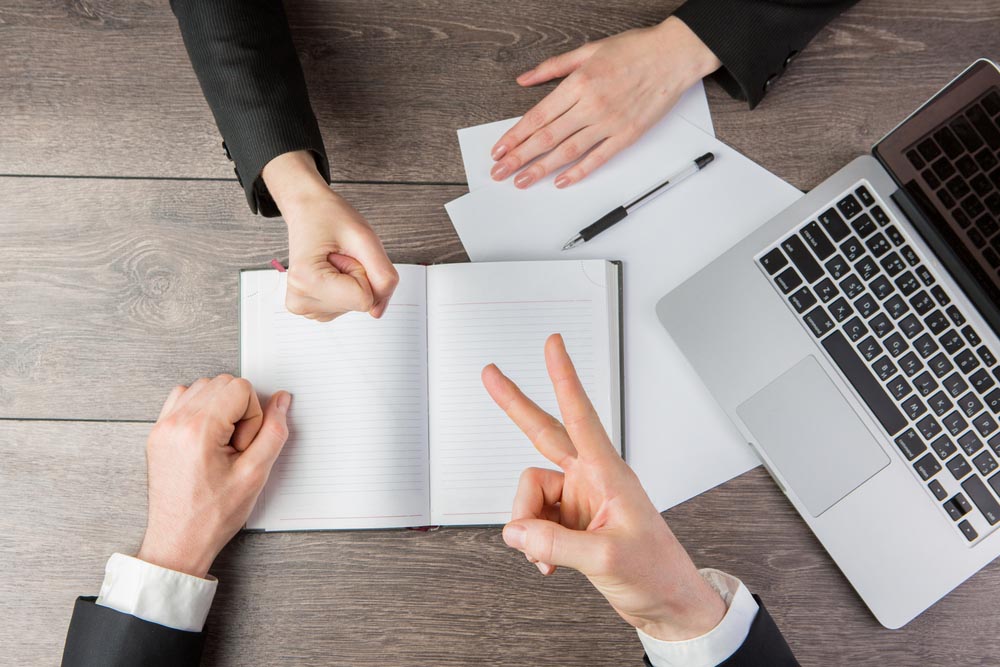 Whether discussing money at the hiring stage or asking your boss for a pay rise, negotiating salary can be tricky. Here are eight things not to say if you want things to go your way.

When it comes to negotiating salary, how you open the conversation is important - and starting with an apology is never a good idea.

Natalie Reynolds, negotiation expert and CEO and Founder of Advantage Spring, says: 'Too many people start salary negotiations by saying things like, "I'm sorry but," or "I know you are busy and this might be a bad time," or "You might not have room in the budget".

'This immediately gives your boss the way out i.e. she is too busy… or doesn't have room in the budget! In addition, apologising suggests that you are asking for something out of the ordinary or outlandish.'

At the same time, there's a difference between being assertive and aggressive.

Paul Payne, managing director of One Way Resourcing, says: 'It's important to remain flexible when negotiating and avoid using overly negative or blunt language that could potentially bring the proceedings to a halt, which would affect your ability to get paid your full worth.

'Being aggressive will harm your chances of success. Aim to be firm but polite.'

Don't use language that suggests you are moveable. Natalie explains: 'If you say "I'm looking for," or "I'm hoping for," it really translates to your boss as, "But I don't expect to get it".

'Some people will also avoid stating their exact number and instead pad it out like this: "I'm looking for something, somewhere in the region of, around about £X". Again, this suggests you are uncomfortable with your request or unsure if it's appropriate,' says Natalie.

Instead, she suggests being firm, clear and concise. Try saying: "Thanks for seeing me, my proposal is £X."

Likewise, don't pose your request as a question. Natalie explains: 'If you say, "I was hoping for £X…is that acceptable?" then more often than not the answer will be "no".

'Often when we hear "no" in a negotiation we fold and crumble. So don't invite it unnecessarily. State your proposal as a fact rather than a question.'

It can be annoying to find that the person sitting next to you is earning more for doing the same job – but they may have been better at negotiating pay during the hiring process.

It's still possible to ask for a pay rise once you're in the job, but saying, "I'm not sure what others are being paid but…" is unlikely to be the best strategy.

Natalie says: 'Instead make it clear you have done your research and that you know the market averages. However, if a colleague has shared salary information with you, do not name names. That's really bad form and could get your colleague into a sticky spot.'

5. Don't say that you're shocked by their offer

You might be surprised by the lowness of the employer's offer, but don't say as much.

'Job offer negotiations can be challenging and intimidating for those without experience of them,' explains Paul. 'It's important to remember that this is a professional, rather than personal, interaction and consequently you shouldn't allow your emotions to get involved - even if you are dismayed by their initial offer.'

What happens if you don't get the salary you want?

'If they say "no" to your request don't be afraid to ask why,' advises Natalie. 'You might also ask what you would need to do, and by what date, to change their mind.'

If you want the job, consider asking for benefits other than salary. Paul says: 'Perhaps they could agree to flexible working, or more holiday leave. Don't forget to ask about training and development opportunities. Highlighting that you're interested in furthering your skill set suggests that you're not just there for the money and will actually value the position.'

If you want the job but their best offer still doesn't meet your expectations, don't feel put on the spot to make a decision.

Paul says: 'Try to avoid saying "yes" or "no" outright. Remember that you don't need to make a decision there and then, and only the harshest employers won't allow you to go away and consider their offer.

'Not giving an immediate response also means there's a chance that they could up their offer and it will prevent you from seeming overly keen.'

If the employer won't pay what you want, it's better to walk away than appear desperate.

'Saying that you'll work twice as hard as other people won't impress anyone and will make you seem unprofessional,' warns Paul. 'An employer expects you to perform at your best whatever salary you accept – there is no "premium" version of effort you can give the job. Besides which, grovelling is never attractive.'