While money is by no means everything, if you’re thinking about re-training or deciding what to study, it can pay to know which business sectors offer the best rates. 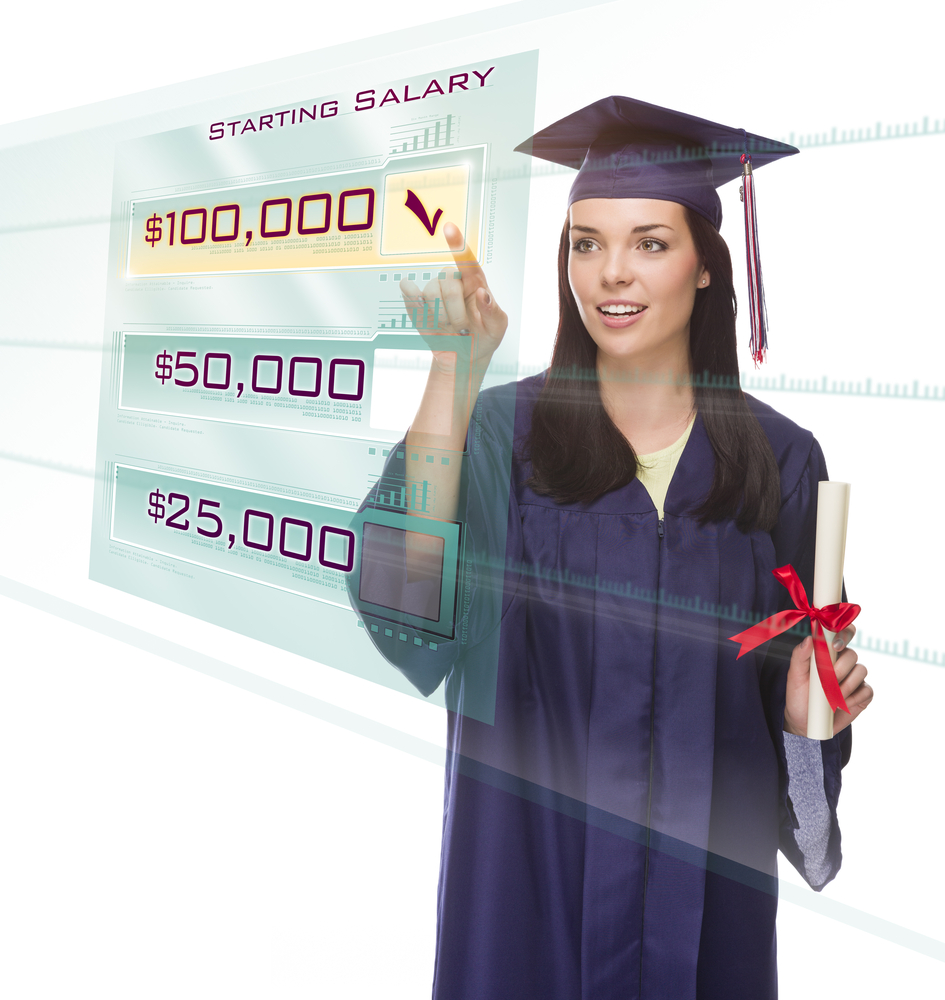 The average starting salary for graduates in the UK is £28,000. That's according to the Association of Graduate Recruiters (AGR) – other surveys place it as low as £25,000 and some as high as £30,000. While money is by no means everything, if you're thinking about re-training or deciding what to study, it can pay to know which business sectors offer the best rates.

(If the figures below sound optimistically high, keep in mind that many AGR members are blue-chip companies that pay relatively high salaries and may not give a true indication of pay across the UK.)

Law came out on top as offering the best starting salaries in the AGR survey. A recent High Fliers survey (which focuses on the leading 100 employers in the UK), put the median starting salary for law firms at £40,000, behind the best paid sector – investment banks, at £45,000.

Starting salaries for solicitors varies greatly across the country. At the lower end, the going rate for trainee solicitors can be £16,000-£22,000, rising to £30,000-£50,000 at the most competitive firms. Pupil barristers in England and Wales completing their final year of training must earn £12,000 a year (the Bar Council minimum), but some of the top commercial chambers pay as much as £65,000.

As you might imagine, graduates working for investment banks earn big bucks. According to the High Fliers Report, four well-known investment banks were offering salaries in the region of £50,000 this year – and that's before the "sign on" and other generous bonuses. According to a study by Dartmouth Partners, when bonus is considered, a first-year analyst can take home between £57,000 – £74,000 a year. For a second-year analyst that goes up to £76,000 – 90,000 a year, and a third-year analyst, £93,000 – £111,000 a year.

The banking sector isn't the only industry to offer big bonuses in an attempt to attract top talent. Many of the leading consulting firms offer attractive bonuses on top of basic pay. Accenture, for example, offers graduate hires £31,000 – £33,000, plus a joining bonus of £10,000, split into two instalments. CHP Consulting pays around £40,042 with a £5,000 bonus. In addition to performance bonuses and other perks, some companies offer MBA programme sponsorship as a sweetener.

Fast-moving consumer goods companies come fourth on the list of well paid jobs. Many of the larger firms (such as L'Oréal, Procter & Gamble, Unilever, GlaxoSmithKline and Nestlé) offer starting salaries in the region of £25,000 – £31,000. Most of the bigger companies offer graduate schemes in different areas, such as supply chain management, financial management, business, technology and marketing.

The pay range for recent tech graduates varies considerably, depending on the size of the company and location. A techie landing their first job in a start-up company up North will earn less than a new hire at Google in London, for example. If you're lucky enough to get a job with one of the big players, you can expect to start on around £30,000. IBM pays new graduate hires £30,000, while those working in technology roles at BT can expect to earn £27,750 – £31,500 in their first year.

The accountancy and professional services sector is the biggest employer of new graduates in the UK, accounting for 23% of all vacant graduate jobs, according to the AGR study. Starting salaries vary depending on where you work, but the Chartered Institute of Management Accountants says its part-qualified students earn £31,432 on average, plus £1,512 in bonuses.

When it comes to getting a pay rise, your future prospects look good. According to the Institute of Chartered Accountants in England and Wales, the average earning potential of ICAEW chartered accountants six to nine years after qualifying is £71,600, plus £14,300 in bonuses.

If you're a new graduate hoping to find employment with an energy, water or utility company, you can expect to earn £26,750 a year, on average. While the gas and oil industry traditionally offers some of the best paid jobs (the average graduate salary at top oil firms is £32,500), the plummeting price of oil has meant many companies are cutting back on staff. According to some reports, BP plans to hire just 80 graduates this year – down from 250 in 2012.

Starting salaries for engineering graduates range from around £22,000 – £30,000. While graduate engineers at small or medium-sized companies might earn just £18,000 to £25,000, those at the top-paying employers can expect to take home £30,000 plus. Some employers offer a "golden hello", sometimes split into instalments throughout your first two years. The Royal Navy, for example, offers a sizeable bonus of £27,000 paid in three instalments as you complete your training. Construction consultancy Atkins pays £5,000 in two instalments; BP offers a joining bonus of £3,000, while Rolls-Royce offers a £2,000 joining bonus on top of its £28,000 graduate starter salary.