Stop making the same old promises to yourself, and you might actually achieve some long-lasting changes next year. 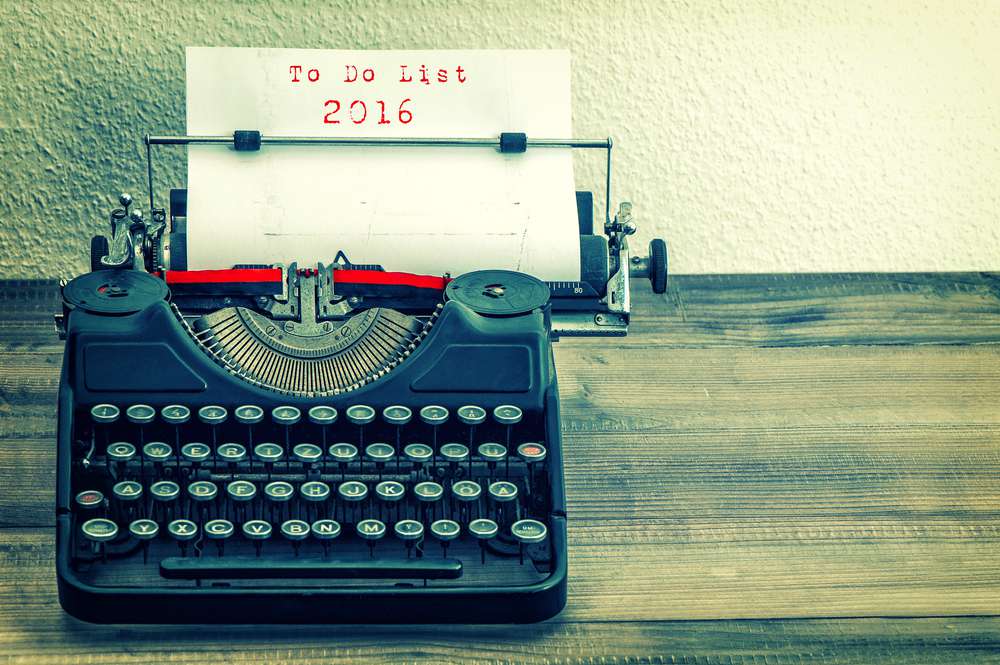 Whether health and fitness or career-related, most of us forget our New Year's resolutions within weeks. This year, why not break with tradition? Stop making the same old promises to yourself, and you might actually achieve some long-lasting changes next year.

Still not convinced? Here are five reasons why your New Year's job resolutions are over-rated.

1. The promises you make are vague

You're fired up to make a new start, but the problem with New Year career resolutions is that they tend to be woolly and vague.

'It's all very well to declare that 2016 is the year when you will find a new job or achieve a promotion, but airy sentiments won't be translated into success unless the detail is there,' warns Corinne Mills of careers consultancy Personal Career Management and author of Career Coach.

'What exactly is the kind of job you want next? The more specific you can be the better. In addition, resolutions aren't always that strong on the practical planning side.

'If you really want to be happier or more successful in your career, you need to work out what you have to do to make that happen and ideally plan it in to your new 2016 diary to make sure that activities such as networking, brushing up your skills, and polishing up your CV, actually happen.'

2. Everyone at work is making resolutions too

Building your career should be an ongoing process, not something you think about once a year, yet many people fall into the trap of making grand plans every January.

'Quite simply, if you're not happy in your current role, or your progress in that position, do something about it. If you feel as if you're being overlooked for a promotion or want to gain a clearer idea of your progression then speak directly to your boss at the time,' says Oliver Donoghue, Managing Director, NonStop Recruitment.

'Waiting until New Year means you will have bottled up your feelings, which won't aid your performance. In addition, there's a high chance that your colleagues will also have set themselves careers resolutions, so you may have to form an orderly queue to get to your boss's door.'

3. Random job applications can be counter-productive

January is the time of year when people adopt new habits, start new projects and begin job-hunting – but firing off job applications without being fully prepared can back-fire.

'Some people apply for one or two jobs, largely without thinking about what they have to offer and what the new role demands. Most fantasize about change and make no change at all,' says John Lees, career strategist and author of How to get a job you love.

'The important step is to see the difference between a warming mid-winter fantasy about change, and something you're prepared to do something about. The second is to realise that wild job applications are probably counter-productive. Rejection knocks your confidence, and you learn little from the process about your marketable skills.'

4. Creating change can take longer than you think

If you want to make changes to your career then you'll need more than a New Year wish list to make it happen – and changes aren't going to occur overnight.

'Whatever your goals are, they need to be realistic, both in terms of what you are aiming to achieve, and the timescale by which you expect to achieve it,' warns Corinne.

'People tend to underestimate the time it can take to learn a new skill, find a new job, or change career direction, which means they can quickly become demotivated when things don't happen as soon as they like. Far better to set yourself realistic targets in the first place to keep you on track.'

5. Work with a career coach – when the time is right

Finally, if you're serious about your career, it's worth getting some professional advice.

'You don't have to wait for January to kick your career into touch – you can do it at any time as long as you are clear and focused about what you want and set yourself a plan to get there,' says Corinne.

'If you are really determined to make 2016 your best year yet, consider looking for a mentor or pay for a career coach. Most allow you to create a tailored programme of coaching that suits you and your development throughout the year, giving you a boost of motivation when you need it most.'